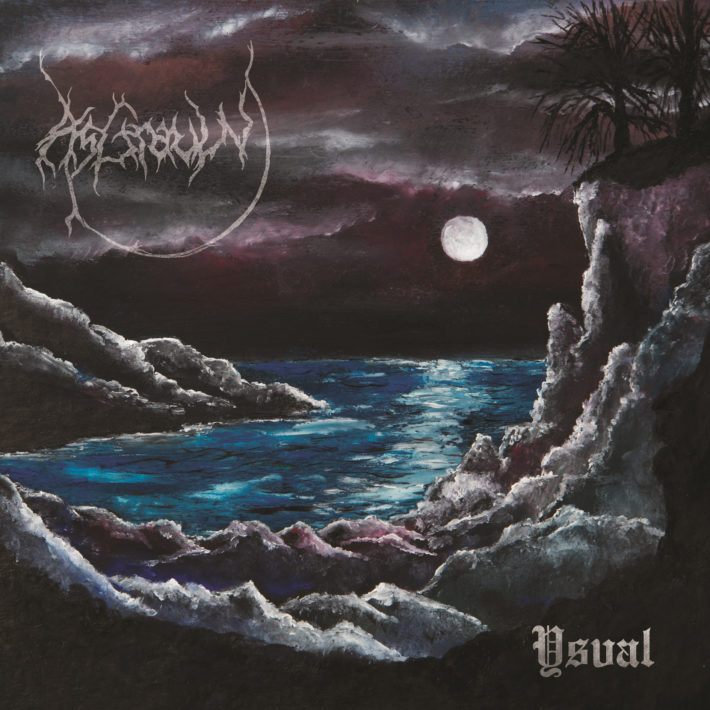 “Everything we’ve ever built up falls into ruin.”

That’s the opening line of Asgrauw’s upcoming album, IJsval (which is Dutch for Icefall). And in times like these, with the ice caps melting, Australia’s forests ablaze and the majority of earth’s population not really changing their destructive behavior, the band’s apocalyptic subject matter is becoming more and more realistic.

Asgrauw is a black metal band from the Netherlands who, over the past few years, has been gaining quite a reputation in the Dutch black metal scene. Founded in Groesbeek, a small town in the east of the Netherlands, the trio has released their debut album, Schijngestalten, back in 2014. Since then, they’ve released a split with Meslamtaea (another Dutch black metal band), and two more full-lengths, the latest of which was written in the original Groesbeek dialect. This Monday, January 20th, they release their new record, IJsval, and it’s a great addition to their discography as well as the Dutch black metal scene in general.

As mentioned before, the album’s opening track, Leeg, starts with a dramatic voice expressing a prophetic depiction of the future, over some solid classic black metal guitar and drum work. These dramatic vocals come back multiple times throughout the record, each time elaborating the point of view that the band’s trying to convey with the record. A good example for this can be found on Broeihaard, on which the band proclaims that “the earth has a fever, and we’re the disease,” a statement that I think accurately encompasses the main idea of the record.

Not just lyrically, but also instrumentally, IJsval is a strong album. The sound could be compared to bands like Marduk or Emperor, but Asgrauw does have a style of their own. A big portion of the melodies is played on guitar, with that recognizable black metal distortion, but also the bass guitar is quite melodic, as opposed to many other black metal bands (some of which don’t even have a bass guitar). This creates extra depth in the music, as well as more variety in melodies and harmonies. Furthermore, the drums are quite versatile. There are parts where the drummer is doing a full-body workout, playing fast as hell, but there’s also parts in which at least the main drum beat (not counting the fills) is more relaxed. These passages give the listener some time to relax, before going back to the overall intensity level of the record. Lastly, there are a few songs in which the band uses a synthesizer to create an atmospheric sound in the background. This can be heard, for example, near the end of Leeg and Wanorde with a choir-like sound, and on the album’s title song, with a string sound.

In conclusion, IJsval is a strong record that’s true to the classic black metal sound, while still having its own unique aspects. Overall, the album is quite compelling, with riffs that stick with you after hearing them a few times, and diversity in the drums as well as in vocal styles. On top of that, they’re conveying a relevant message on the album: the apocalypse is nearing and society as we know it might not be around for much longer. Although Asgrauw isn’t really that well-known outside of the Netherlands, they do deserve some more international attention, because IJsval (as well as the rest of their discography) is a great addition to the Dutch black metal Scene.