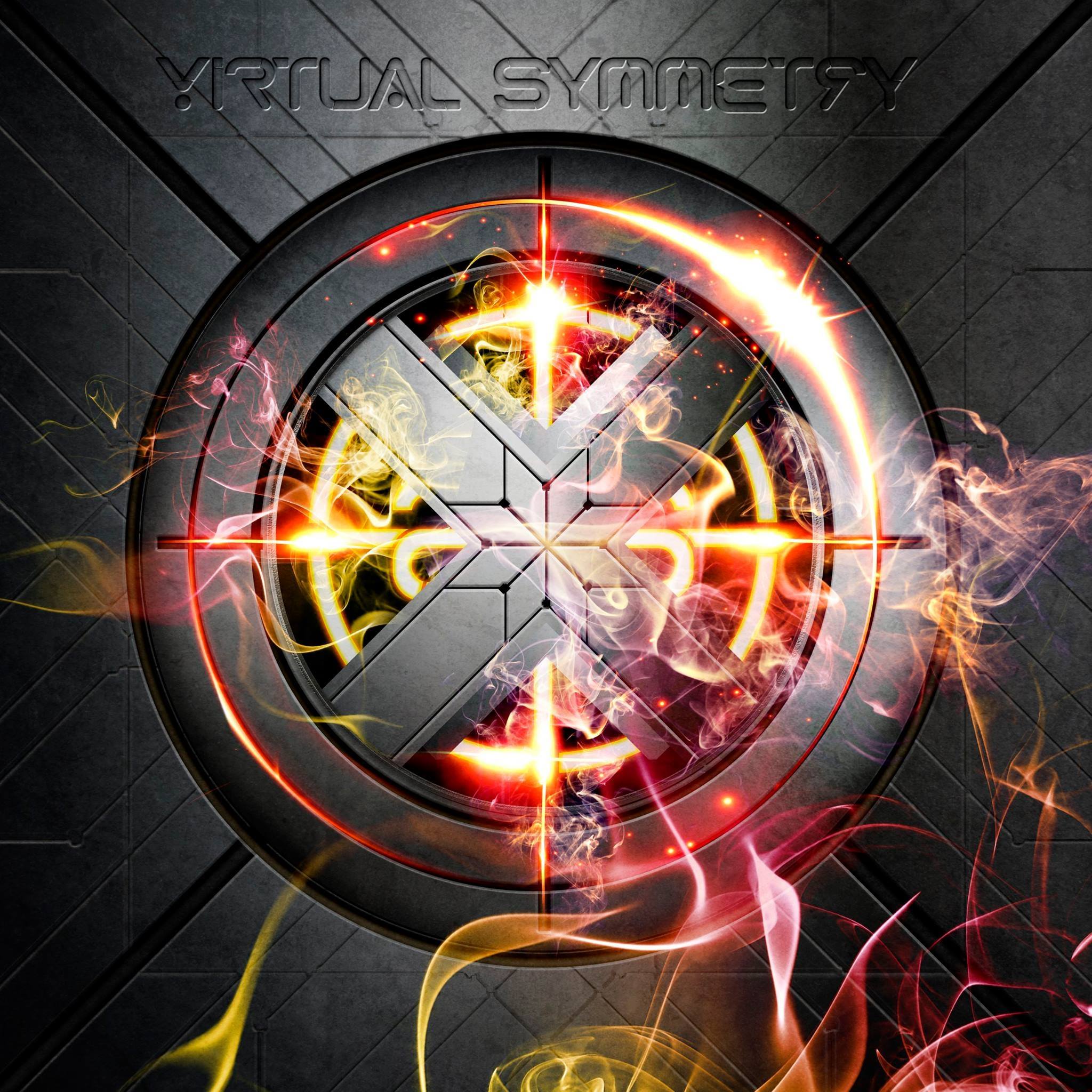 The idea that humanity’s next evolution is on the horizon – that the human race’s potential is unfulfilled – is a widespread notion in pop culture and literature.  One merely has to look as far as Charles Xavier and the X-Men or to delve into works of literature such as Theodore Sturgeon’s More Than Human, a landmark science fiction novel published in 1953 which postulated that human beings might be able to meld their minds together to form one being.  Enter the progressive metal band Virtual Symmetry espousing a similar theme; beyond the X-Gate, far out in the distant reaches of the galaxy, lies a new form of existence, a transcendence that our human minds cannot fathom.

This interstellar trope serves as a backdrop to an album that sounds, quite frankly, as if the band has been playing together for a decade.  There are a few quibbles that serve to hold back Virtual Symmetry from perfection, but some of these issues are a matter of taste.  EPs are difficult to quantify, in more ways than one.  They give us a taste of what a band might do, and in some cases also serve as a blank template for the band to experiment with single tracks that might not fit on a full-length album.  Virtual Symmetry has decided to balk these trends and deliver a full-fledged concept album in only three songs.

X-Gate is Virtual Symmetry’s second release, after their debut album Message From Eternity, a progressive masterpiece that has been flying under the radar since its debut in February, 2016.  Virtual Symmetry’s sound combines the stirring melodies of Dream Theater, the epic scope of Theocracy, and the progressive tenacity of The Devin Townsend Project. However, Virtual Symmetry brings their own sound to the stage, something that is unique and spellbinding.

The EP opens with “Eyes of Salvation.”  It’s the strongest standalone track on the album, but has a somewhat slow start.  However, once the keys kick in and the drums rattle out a background cadence to vocalist Marco Pastorino’s commanding voice, the listener knows that something spectacular is afoot.  Pastorino’s passion and vocal prowess is reminiscent of a young Bruce Dickinson, and hopefully his career will be just as long and tenured.  He also experiments more on X-Gate than on the band’s previous release, effortlessly imbibing grit into his voice to give the music added dynamic contrast.

“Alchymera” and “Elevate” are two sides of the same coin, as both relate a journey across space and time to the vaunted X-Gate.  “Alchymera” clocks in at 14 minutes, which is ambitious for an EP.  The song showcases the diversity of the band, as spoken parts narrating the journey are implemented at various points in the song.  Unfortunately, these spoken parts come across as a bit tacky overall.  There is some similarity to Devin Townsend’s rock opera Dark Matters, although Virtual Symmetry doesn’t add any levity to their songs.  “Alchymera” also features enigmatic guitar riffs, atmospheric guitar solos, and a section of auto tune that all emphasize the vast and variable journey across space and time.

The final song on the “X-Gate” EP, “Elevate,” is a crowning jewel in an album that has already delivered beyond expectations.  The song opens with symphonic elements, including keyboard and Pastorino’s best vocal performance.  There’s a strong similarity to Matt Smith of Theocracy, arguably one of the best voices in melodic metal today.  “Elevate” also surprises with a guest performance from female vocalist Diane Lee of the Swiss outfit Lost Journey.  Lee’s beautiful, haunting vocals add a rich atmosphere to the song as the two vocalists duel back and forth.  Out of this vocal harmony comes chaos and frantic guitar riffs as the song takes a different direction.  Guitarist Valerio Æsir Villa, founder of Virtual Symmetry, delivers excellent musicianship and a guitar solo that sheds sparks of shimmering energy as the approach to the X-Gate draws near.

The ending of the album is perhaps a bit cliché – the narrator finds the X-Gate and disappears into the mysterious device – but the music is anything but cliché.  X-Gate is a progressive metal masterpiece, delivering everything an adherent of the subgenere could ask for – diverse instrumentation, musical experimentation, and strong lead vocals.  While some might balk at the length of the EP, Virtual Symmetry keeps things interesting and the listener’s attention is constantly engaged.  It’s astonishing that Virtual Symmetry is not more well-known, but X-Gate may mark a rising star in the arena of progressive metal and rock.