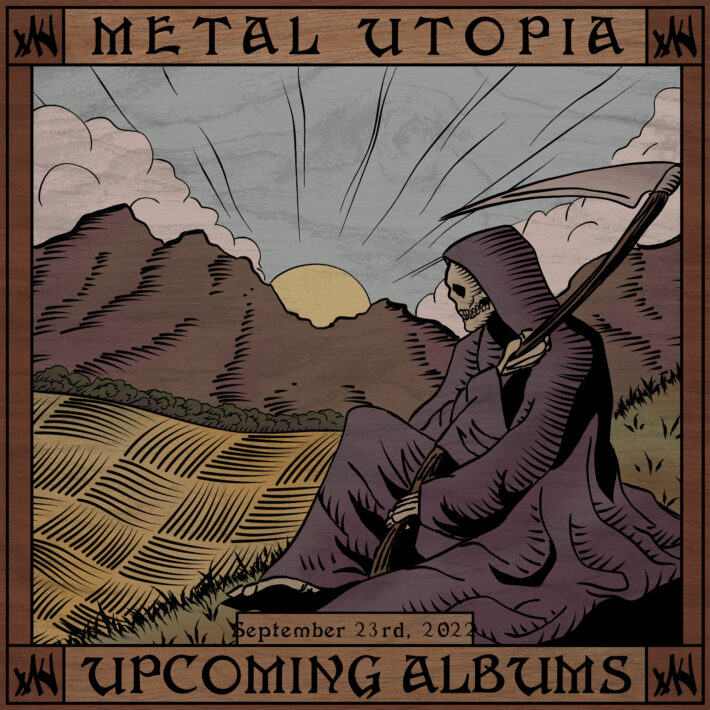 Jared is looking forward to Gaerea’s Mirage, and Gutvoid’s Durance of Lightless Horizons:

One of the best of the “masked” black metal bands is back for their third outing. These guys make some of the bleakest, hardest-hitting stuff out there right now.


Some crushing death metal with a fantastic painted cover to match their professional sound.


Leon is looking forward to Venom Inc.’s There’s Only Black, Frayle’s Skin & Sorrow, Freedom Hawk’s Take All You Can, and Razor’s Cycle of Contempt:

Venom’s another classic band that split into two, with one version distinguishing itself via out-of-place appendix. Here we have Mantas and Abbadon, while Cronos holds Venom proper. It’s been a while since Venom’s actually been “good”, but hey, why not, maybe some quality happens this time.


Two years ago Frayle released a pretty decent piece of that peculiar type of female-fronted doom that combines it with near every other type of gloomy music. Think Chelsea Wolfe or King Woman. In any case, I’m all down for that stuff.


Stoner metal with every genre stereotype you can think of. Not a formula that always delivers interesting music, but some bands actually do it really well and this is one of them.


I feel like Razor has been super-influential to the recent wave of heavy and speed metal revival, yet they haven’t released anything new in more than twenty years. Now they’re back to reclaim the throne. Will this be a succesful revival of a long-inactive band, like, say, Satan and Cirith Ungol? One can only hope so.