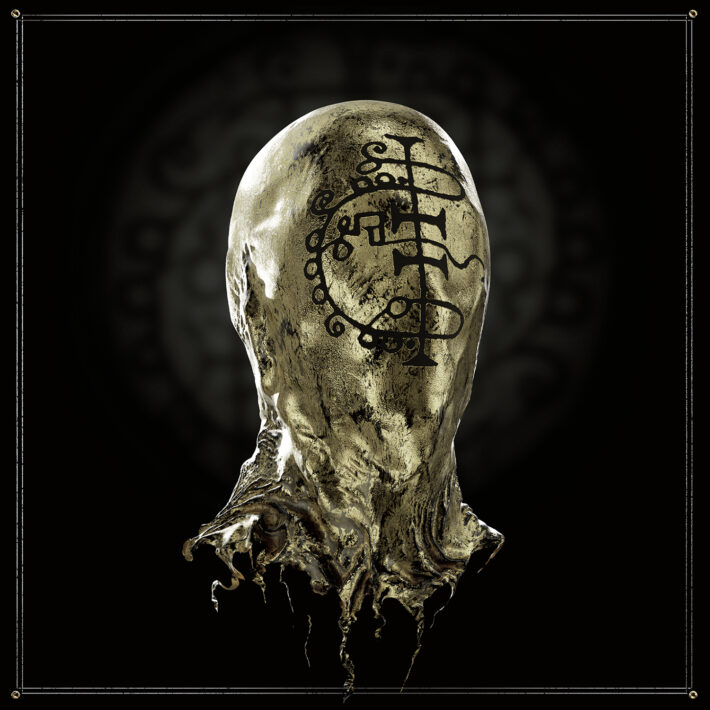 Hauntology, despite the name, is a real thing that some people take seriously. It is the idea that the present is haunted by potential futures that didn’t come to pass; that defunct visions of utopian progress plague the darker present. While it is mostly used to look at larger cultural issues, there is no reason this lense can’t be used anywhere that it reasonably applies. Such as follow-ups to great albums.

Gaerea are a rising star in balck metal. On their third album Mirage, Gaerea continue down the path they started with Limbo. The Portuguese band’s sound consists of direct, to-the-point black metal that attempts to combine all of the genre’s strengths with competent enough songwriting to overpower inertia and rise out of the stale bog that mediocre black metal sinks into. This group has evolved over time to add softer atmospheric elements to their songwriting arsenal.

Mirage contains icy, dark music that sounds surprisingly full. Part of the credit for this goes to a solid production job, but Gaerea’s songwriting also plays a large role. Gaerea don’t try to suck the life out of their surroundings. Instead, they use their whole range of sound to try to convey their emotional intent. The result is an enriched record, with plenty of guitar tones and well-utilized black metal standard practices, that has the potential to spread much farther than its bleak brethren.

An example of Gaerea’s using the typical black metal sounds to achieve something more lies through Mirage‘s spine. The high-pitched guitar tremolos typical to this genre lay in wait for the album’s listener like a viper waiting to ambush a traveler. In the hands of some bands, icy tremolos are a crutch that fails to support weak songwriting, a poison that sinks into the blood and kills enjoyment. However,  Gaerea uses these tremolos to show their talent. Sometimes, they act as a vamp to bounce the rest of their sound off, and to create dissonance and tension, rather than as the whole point of the music. The result sounds simultaneously familiar and fresh.

The songs on Mirage last for quite a while. This isn’t exactly progressive music, either, so I felt some concern that tracks like “Arson” would drag on and become boring. This fear did not come to pass. Gaerea give their songs enough depth to fully occupy these long songs, and often their ideas need this full length to fully work. Mirage may not be prog, but it is dense.

And yet, something is missing here. On Unsettling Whispers, Gaerea sounded exciting. They promised something different, something new. While that record didn’t venture too far from black metal orthodoxy, it felt different enough to stand out. With Limbo, that all disappeared, and Mirage doesn’t bring those feelings back. This is a solid black metal album, but it is haunted by the future that wasn’t. Gaerea sounded like they could have shattered black metal in half. Instead we have some very good records.

Listening to Unsettling Whispers again, Gaerea haven’t changed their songwriting approach so drastically that they’ve been born anew. That record had a different approach to black metal cliches, but it ended up being straightforward and true to its influences as well. Unsettling Whispers approached rhythm in a more interesting manner and had more death metal influence, but neither of those are what is missing from Mirage. Instead, Gaerea sounded more aggressive, more alive, and less settled than they do now. I’ve enjoyed Mirage, but it doesn’t feel like a fulfillment of the band’s promise.

Plenty of people will consider Mirage one of the best records of the year, some of them alongside the newest releases from Grima, Blut Aus Nord, and White Ward. Gaerea have proven themselves worthy of being in that company. Mirage contains plenty of memorable, well-written passages, and I’ve enjoyed my time with it. Still, I wish I could hear the songs that Gaerea could have played.