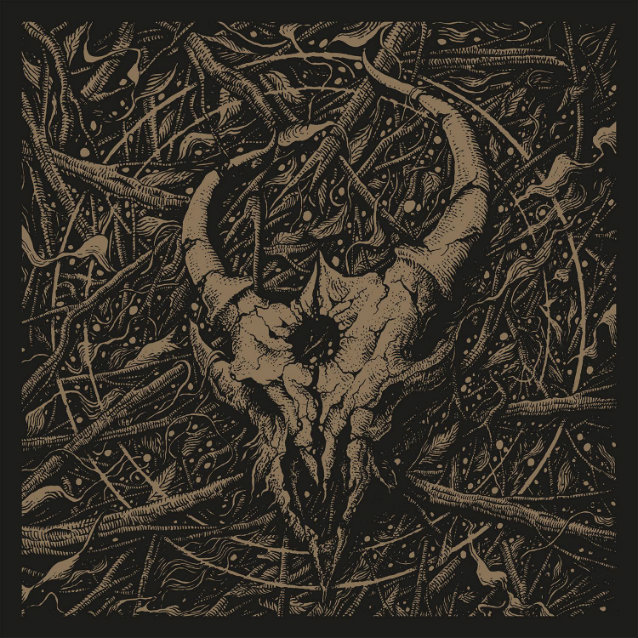 Everyone has a band that broadened their musical horizons or made them fall in love with heavy music.  Demon Hunter was one of those gateway bands for me, and I still spin their past discography with some frequency.  Outlive is Demon Hunter’s eighth studio album and marks a major transition for the band.  It’s by far the band’s most melodic album, and the term “metalcore” can only apply to a few of the songs.  There’s a strong rock presence rooted in the underlying sound of the album, like that of Red or Breaking Benjamin.  Outlive also boasts minor electronic influences, which isn’t surprising considering front man Ryan Clark’s side project NYVES.

For some fans, caution flags are already raised.  Bands change, sometimes significantly (think Metallica, Opeth, Paradise Lost, or a dozen other examples).  Changing styles isn’t a problem, per say – but releasing an album that doesn’t line up with quality standards that have been set by the band for more than a decade is.  Much of Outlive comes across as forgettable.  There are a few rabble-rousing anthems, a few smashing mosh pit favorites, and a whole lot of chaff.

Two of the things that have made Demon Hunter a beloved favorite of many fans are Ryan Clark’s voice and the ability of the band to beautifully meld harsh and melodic sounds. These elements are not stressed on Outlive. Clark chooses to forego using his lower baritone singing voice for most of the album and he gets stuck in a middle register that becomes tedious over time.  For the most part, the delightful foreplay between singing and gurgling screams that the band is known for takes a backburner on Outlive.

The album begins with “Trying Times,” which serves as an introduction to the blistering “Jesus Wept.”  It’s one of the strongest tunes on Outlive, and it follows a tried and true recipe that Demon Hunter set in previous songs such as “Storm the Gates of Hell” and “Crucifix.”  “Cold Winter Sun” is standard Demon Hunter fare, providing some endearing melodic riffs and a chorus interspersed between shredding screams.  The next two songs, “Died in My Sleep” and “Half as Dead,” are rather forgettable and lack an emotional punch.  There is some intriguing rhythm guitar on “Half as Dead,” but it doesn’t do enough to pull the song out of the mire.

“Cold Blood” sounds like a B-side from The Triptych and features some of the best guitar work on the album.  The song generates a memorable atmosphere and Clark’s spoken, gritty vocals provide variation.  Patrick Judge’s guitar solo has a reckless Southern tone, something that I wish the band would focus on more often.  Demon Hunter has never been known for their guitar solos, but it’s an area that greatly improved on the band’s previous record, Extremist.  “One Step Down” follows the band’s trend of including at least one ballad on every album, and the electronic intro that is picked up by the guitars is delightful.  It’s a shame that there isn’t more of this on Outlive.

“Raining Down” is all rock ‘n’ roll, with the band’s metal roots slipping away.  It helps set a bright tone to the second half of the record.  “The End” begins with groove, but there isn’t much to set this song apart from the rest.  “One Less” features some of the most diverse vocals on the album with shrieks in the upper register that is influenced by black metal.  It’s a moment of innovation that shines on Outlive.  However, the guitar riff seems to be pulled right out of the band’s former song “Fiction Kingdom” (with minor variations).  “Patience” begins with keys, but rather than build on a melodic theme with orchestration as the band has done in the past, the song becomes a rock anthem supported by lackluster drumming.

The ending of Outlive is unremarkable.  “Slight the Odds” starts off with muted strings, but then fades out in the first minute.  Instead of an opus like “Driving Nails,” the listener faces a rock ballad with two-dimensional drumming and forgettable riffs.  It’s somewhat of a disappointment, considering Demon Hunter’s past resume.

The final verdict is that Outlive does not meet up to the hype.  There’s material worth exploring on the record, but it’s shrouded in repetition and inconsistency.  Lifelong fans should be cautious about this one, and it will no doubt create some polarization.  For those of you listening to the band for the first time, begin somewhere else.  Engage with the dark tones and melodic intensity of Summer of Darkness or rock out with the chorus-driven, soul-expansive Storm the Gates of Hell.  But leave Outlive in the bargain bin where it belongs.