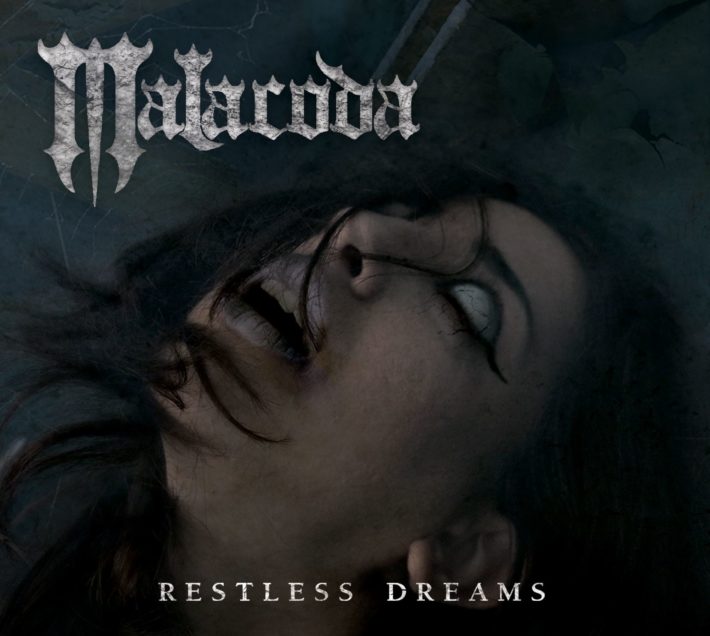 “In my restless dreams, I see that town.”

Silent Hill fans will immediately recognize the opening line from the second video game in the series. And even though the games (debatedly) haven’t gotten any better since that one, now Malacoda has created something to experience the original Silent Hill games once again. This time it’s not in a video game, but in a goth metal album: Restless Dreams!

Overall, it’s a good album that really seems to capture the Silent Hill feel. The sound on the record is really diverse, they cover almost every type of music from the video game series: from grunge-inspired rock tracks to the typical ambient music, and from the almost non-musical static and lead pipe noises to the original intro song from the first game in the series. In short, when listening to Malacoda’s Restless Dreams, you’re in for a musical journey through every aspect of the video game!

The band’s really good at creating dissonance between the different instruments and melodies, and in that way recreating the eerie atmosphere from the game. They’ve also found a nice balance between actual instruments and electronic effects. There’s a lot of bands out there that overdo the use of electronic effects, but Malacoda uses it in a way that it contributes to the music instead of it being annoying.

A cool thing about the vocals is that they alternate between a clean voice and grunting, making this aspect of the music really interesting too. The clean vocals, however, aren’t too confident. This kind of contributes to the uncomfortable feeling the band wants to create on this record, but at times, especially in the higher registers, the voice can be out of tune, making some passages a bit unpleasant to listen to.

I Got A Letter is the first full song on the album. It immediately captures the Silent Hill feel. Not only instrumentally it’s like the video game, but also lyric-wise they implement the story into their music. The title of the track, for instance, refers to the fact that the game starts with the protagonist receiving a letter from his dead wife telling him to come to Silent Hill.

The intro on Youth Is Innocence mimics the sound of the more grunge-influenced songs from Silent Hill. It’s another aspect that gets highlighted from the many-faceted soundtrack of the video game. However, when Lucas Di Mascio, the band’s singer, starts grunting, the listener gets reminded that it’s still a metal album that he/she is listening to. The ‘innocent’ part of the song can be heard in the subtle high-pitched background voice that can be heard during the chorus.

Doppelganger has another really different type of music than the other songs on the albums. The song starts with an eerie ambient sound, developing into a choir that sings something that sounds a bit like a lullaby. However, about halfway through the song, the sound changes to a more metal-like sound, after which there’s a sentimental guitar solo that, together with the rest of the song, once again proves the diversity of the band’s skills.

Our Special Place is the twelve minute song that closes the album. Its intro mimics the sound of the intro from the original Silent Hill game with a shrill guitar riff, and the chorus has a more typical Malacoda-sound. Throughout the song, the band shows their skill in all kinds of music they play, until they end the album with a piano/strings duet.

In conclusion, Malacoda has done a great job at translating Silent Hill’s feeling to a gothic metal record. It’s a good album in which not one, but all aspects from the Silent Hill soundtrack get featured. Their skill in composition and playing instruments is great, although they might need to work a bit on the clean vocals, which, at times, are a bit out of tune. Both instrumentally as well as lyrically Silent Hill fits the gothic metal genre, and the band has done a great job interpreting it on Restless Dreams.