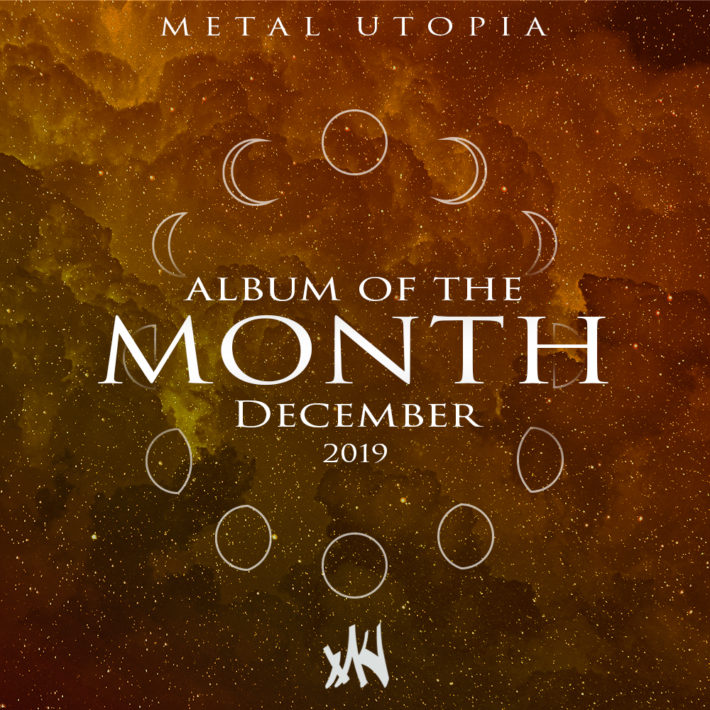 Oak is a side project from two members of Gaerea, who, instead of black metal, created a funeral doom/death metal album. It’s really well structured, with great build-ups from minimalistic guitar melodies to really heavy passages and back. The album really deserves some attention.

If this came earlier in the year, it would make many AOTY lists. Alas it was not to be, and hopefully it doesn’t starve this excellent band of deserved attention. Three songs of top-notch proggy, jazzy black metal with so much content you’ll keep hearing new details all the time.

In Human Form have made a progressive black metal album with a throw everything in the pot and see what sticks mentality, but they did it without any grease or non-stick pans or anything. A great album that manages to get the extremely difficult task of long-form black metal mostly right.

Being someone who has never been able to get into The Acacia Strain despite seeing them live twice, this record is what finally drew me in. This surprise release is part one of a double album and is incredibly atmospheric and doomy compared to the band’s traditional sound. This surprise release is a welcomed one for sure, especially for me, finally making me a fan of TAS.

What if old school black metal and 70’s rock had a baby? In Human Form delivers that exact product, yet that description fails to capture how cool their newest album “III” is. I, Voidhanger has had a string of stellar releases in 2019, but by far this is their most tasteful. Do yourself a favor and give this album a full listen-through; you won’t regret a single moment.

I have been looking forward to this album for over a year, and it did not disappoint. Amplifying everything that made their precious full length, Old Man’s Wynter, so great, Secret Ambrosian Fire is a testament to the genres ability to create interesting and experimental music.

Neocracy plays melodic death metal with some hardcore and prog influences. I enjoyed their release Instruments of Abandonment in 2006, but the band fell off of my radar until now. Terraformers is a cool scifi-themed album with plenty of hooks, melody, and pedal-to-the-medal guitar riffing. But the deep, brutal death growls from the lead singer definitely helped sell this album for me.

Inner Sphere is one of the insane amount of projects currently active with (in this case, sole) member Jared Cave Moran. I originally found Inner Sphere through Speed Ritual Records, which housed many of Jared’s various projects, and I was instantly intrigued by the primitive but interesting Death-Doom held within. Chaos and Warfare marks the first new release on Vargheist Records, and is more of the same, and that is a good thing; no need to reinvent the wheel if it can still crush you into a fine dust.