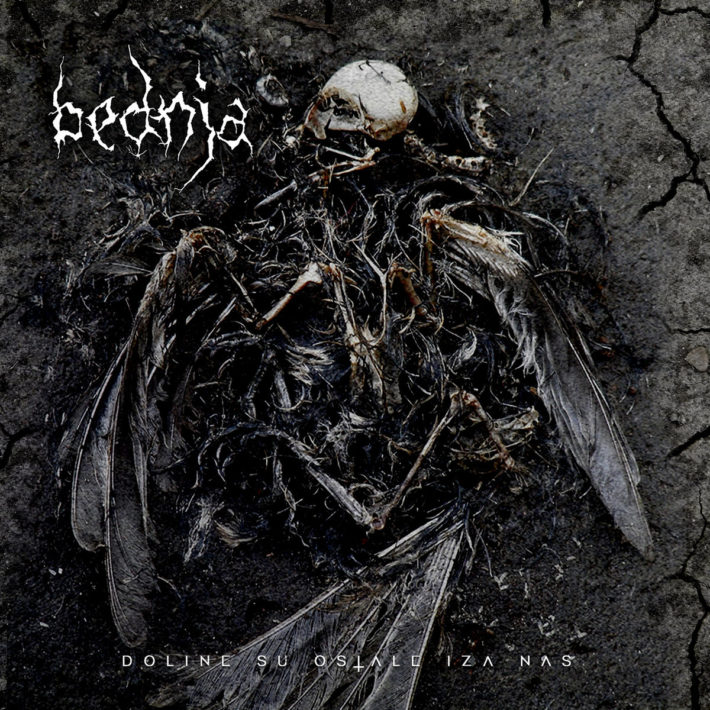 Finally, after so many reviews I’ve done here, I got a chance to present you a band from my own country, Croatia. But I really shouldn’t be surprised that it took this long. Croatia is a small country, with some 4 million inhabitants, and just this fact I believe can contribute to a much lesser output than bigger countries. Still, it does have quite a lively music, and even metal scene. A lot of big acts pass through here and there’s plenty of high quality local bands and artists. Even metal ones, I’d say at in the big cities there’s at least one metal live event every week or two. A plethora of local bands help this case. There’s some really good ones, there’s some amateur but endearing ones, and fortunately not a lot plain bad ones. Unfortunately, most, if not all of them, never reach the heights that some other European or American bands do. If the common state everywhere is that it’s hard to live off music, in Croatia it’s doubly so. In the persistent frustration of being a musician, many bands never progress, never get signed to a label, or just simply break up after a while.

However, I am happy to say that a few manage to break through the obstacles and get the recognition they deserve. And I am especially happy that it is a band I’ve known for a while and from the first listen was convinced that they were something special. Enter Bednja, a black metal band from northern Croatia, who’ve now re-released their 2018 debut with Transcending Obscurity, a well-established underground metal label that brought us a lot of quality releases.

“Doline Su Ostale Iza Nas” might reveal that it is the very first release of a young band. There’s a lot of different styles and techniques being employed, common for news bands that are still trying to find their footing. But there’s also a lot of things that point to this being much more than that, a case of a very talented band with a bright future. First of all, the production is really good for what was originally a self-release. Well-balanced, punchy and fitting the band’s sound. Second, even though there’s a lot of variety styles, Bednja’s got the chops to avoid making it a disjointed mess and achieving actually compelling songs.

Let’s talk details. Even though this is mostly a straight-up black metal records, you’ll notice the nontraditional vocals. It’s got more of a hardcore or sludge metal vibe. However, it’s not just a switch up, but Bednja’ve got some tricks up their sleeve. A lot of the time it’s a dual-vocal setup, with the strong hardcore shout and various rasps interchanging, or better yet, working in tandem. It works really, really good, and is a strong point in their sound.

Bednja know their black metal really well. They label themselves post-black metal, which is entirely appropriate considering their penchant to fuse a lot of post-metal and atmospheric sludge elements into their sound, as many other bands in the style do. But they’re not just about replicating the modern black metal ethos as some less inspired bands might. There is a lot of that, of course, but there’s a lot of influences from all eras of black metal, from 2000’s atmo-black to channellings of 90’s Norwegian second-wave and even some dsbm here and there. Add in some classic post-metal ambient bits and some rhythmic bounciness owing to their hardcore influences, and you’ve got a brilliant package where it seems that Bednja just went “yeah let’s put all the good shit from bands we like in there”. And like I’ve said, it’s not just a collection of disparate elements but works really, really good as a whole.

In an interview I did with them a while ago (shameless plug for my radio show, Komodore 64. Try googling that absolutely ungoogleable name), they revealed their name is styled after the river Bednja from northern Croatia, inspiring them as it was “murky and cold”. I think it fits them perfectly – this aint your sunshine and feelings variety of modern black metal (thought there’s nothing wrong with that). It’s dark, desperate, chills-down-your-spine, good old black metal, as Satan intended. And I think it’s a great example of how to mesh it with modern stylings. Instead of introverted ponderings of the obscure and blasphemous, Bednja presents the weight of darkness for all to see. It’s overwhelming, excruciating and immediate. And I’m immensely proud that a Croatian band produced such compelling music and finally got some overdue recognition.