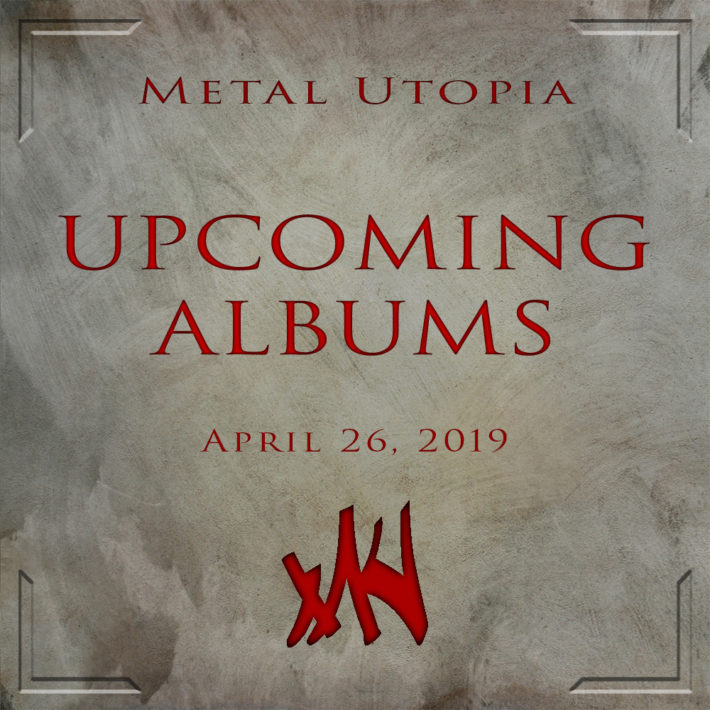 This is the twelfth album from the German power metal veterans.


JP is looking forward to Illyria’s The Carpathian Summit, and The Damned Things’s High Crimes:

This will be Illyria’s second record and one of the records I have been looking forward to the most recently. This is a post-black band with insanely catchy and melodic guitar leads and overall just stellar music. They blend a lot of different styles quite well and the singles are a perfect example of what to expect. I truly hope this album puts them on the map along with the other big post-black releases these past few years.


The Damned Things are a super group with Scott Ian from Anthrax, Keith Buckley from Every Time I Die, Dan Adriano of Alkaline Trio, along with Andy Hurley and Joe Trohman from Fall Out Boy! This will be a very interesting record to say the least with the line up they have!

Chevalier’s 2018 EP “Chapitre II” caught me off guard. The album art aesthetics led me to believe we’re dealing with some second wave black metal throwback. Even when the music started, the raw production led me to believe I was right. But then suddenly – heavy/speed metal! And some good stuff at that. Although I wasn’t completely wrong, the old school bm influence was still apparent, if nothing with the rawness. “Destiny Calls” is their first full-length, and hopefully garners them some deserved attention.


Get yer weekly dose of heavy. Self-proclaimed “weirdo doom” texas duo come out with their third album of sludge that flows like dripping pitch.


Rutger is looking forward to Belzebubs’s Pantheon of the Nightside Gods, and Cirith Gorgor’s Sovereign:

Belzebubs is the band of the (fictional) characters from the comic of the same series and after releasing a few singles, they’re finally putting out a full-length album. Black metal with keyboards that aren’t cheesy – definitely something to give a listen!


The band from the southern Dutch region Limburg are releasing their seventh full-length album. Dating from 1996, the black metal band has been releasing music on a regular basis, and now their already sound discography gets reinforced with another record.