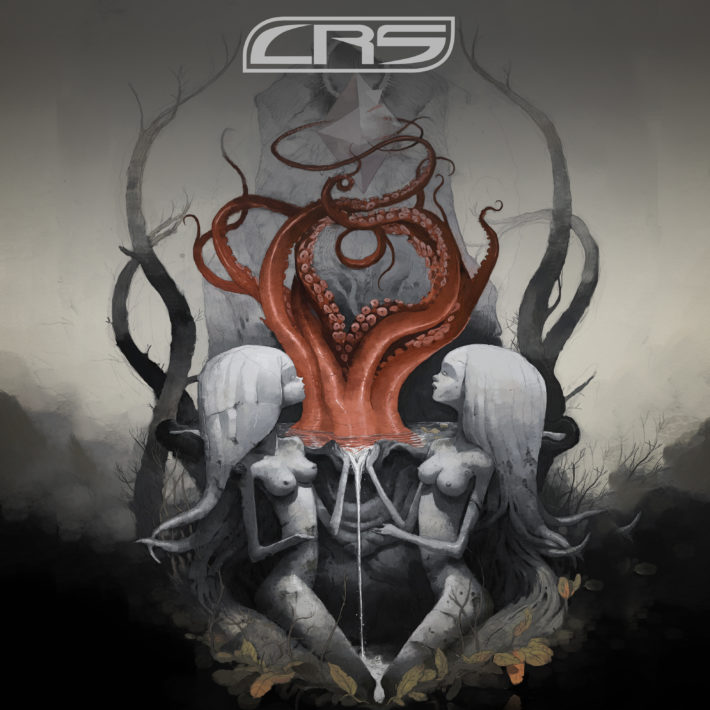 Music needs a purpose. There has to be some reason to choose to listen to a given album over others. For a band such as CRS, which lists as its influences bands like Morbid Angel and Cynic and which follows its influences fairly closely, there is a higher bar than for other bands as they’ve already directed the listener to potentially superior, similar bands to check out. On The Collector of Truths, CRS’s debut release, the band needs to be excellent in some way to not be just another death metal band made obsolete by their influences.

Unfortunately, The Collector of Truths does not start out great. I have no idea what the purpose of the first few tracks is. The riffs are fairly forgettable, there is no real aggression to speak of, and there is nothing at all that CRS is offering that I haven’t heard better elsewhere this year.

The vocals throughout The Collector of Truths detract from the album. Throughout the entire run time, they never seem to rise above weak and airy sounding, even when double-tracked. This might be partially the fault of the mixing, but it is also an issue with the vocals themselves. Nothing hits hard or impresses.

The production on The Collector of Truths is bizarre. It’s clean enough to qualify as “soulless” death metal, but it is still difficult to hear everything with clarity. Sometimes the bass is prominent and sometimes it isn’t. The snare is distinct, except for when it sounds like a tom drum. Everything, with the occasional exception of a guitar solo, seems to be falling backwards to try to stay out of the spotlight. It’s like this album comes from an alternate universe, where everything is the same except the movie Spinal Tap has a now-iconic scene where one of the band members brags about an amp that he has that only goes up to seven.

There is a rhythmic focus on The Collector of Truths that sounds a bit like early Meshuggah, but CRS hasn’t quite copied the sound of the djent giants well enough to pull it off. The rhythms and syncopations sound like they’re supposed to be carrying the music at times, especially when the tones are repetitive, but they simply aren’t interesting enough to do so. When Meshuggah is at their best, the rhythms completely take over the sound of the music and bring the listener into either a trance or an irregular heartbeat. Here, the rhythms simply act as a minor distraction. They don’t give the listener enough to make the album have a purpose. This sound isn’t terrible, it’s just kind of boring.

Halfway through the album, the clouds open up. Starting with the track “The Art of Breathing,” CRS veers away from a Meshuggah sound into more of a Cynic sound. However, they do so while adding some bounciness and light-hearted whimsy to their sound. These are extremely atypical descriptors for death metal. It’s weird, it’s jarring, it’s jagged, and it doesn’t actually work at all. However, the mere attempt to introduce a sound so antithetical to the core of death metal creates a purpose. This whimsy isn’t at the forefront of every song, and the amount it’s actually present varies a lot from song to song, but it’s present enough to make things interesting. Even a failed attempt can be worth listening to. The attempt itself is commendable.

I wish CRS had leaned harder into their light-hearted whimsey sound and away from their more typical death metal sound on The Collector of Truths. This band definitely has something to offer, and it would have been nice if they had offered it more. This feels more like a transitional album than a debut, and hopefully their next album will complete that transition. If you can’t get enough death metal, you might appreciate this take.