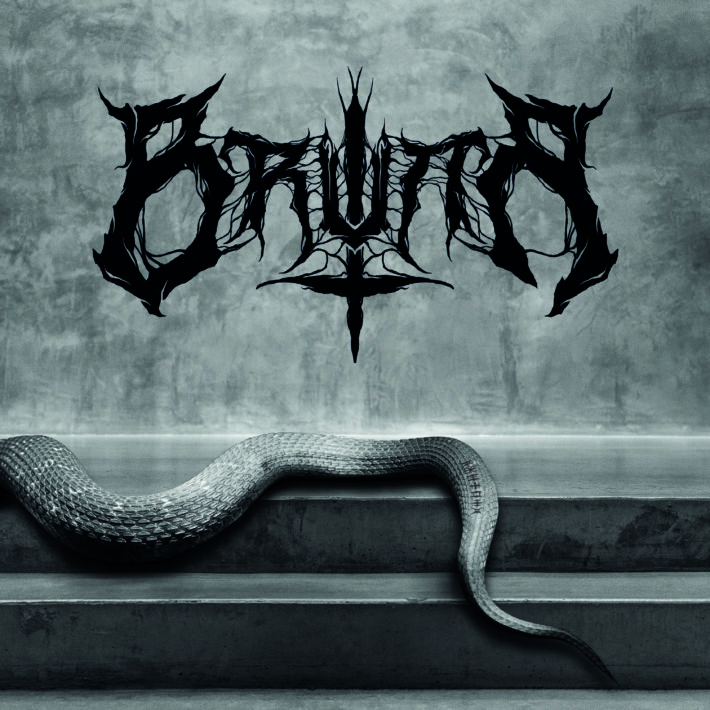 I’m re-reading this review before posting it, and I wonder if I end up being too harsh on Brutta. It’s easier to criticize than commend. But I was trying to resolve a nagging question that stayed with me throughout my time with Brutta: why don’t I love it? The band gives us some excellent moments, but I left the record with no special affinity every time I listened to it. So this review does not approach Brutta from a blank slate, but rather as an examination of what’s missing. Despite everything below, I enjoyed Brutta and think it’s mostly effective. But something big is absent.

Brutta is a Brazilian and UK death metal band featuring an ex-member of Haken. This group plays straight-forward blackened death metal, with an emphasis of the fun sound that the genre can produce rather than the more suffocated forms that currently dominate the landscape. They remind me of a more agile Behemoth, and their music sounds quick-footed while maintaining the heaviness that is at the heart of death metal.

“They sound better live” has become such a stereotypical statement within the world of music. The phrase has turned into damnation and become a signal that the band in question can’t write music competently. This creates a problem when you’re supposed to review an album, and your first thought is, “wow, this sounds like it would work so much better in a live atmosphere.” When I say that Brutta sound like they would make an excellent live band, I don’t mean that as a disparagement of their songwriting skills. All I mean to do is complement the intensity and sing-along nature of their best moments.

Brutta’s biggest strength is in their choruses and some excellent guitar melodies. All elements of the band’s sound come together to form explosive, memorable, moshing passages. The drums, which are metronomic blast beats at their worst, instead become a rhythmically sporadic, thrilling base for everything else. The vocals, awkwardly failing enunciate while also failing to effectively growl at their worst, perfectly combine earth metal’s typical growl with enough intelligible sounds to allow a packed show to sing along. The bass adds the depth that death metal so often desperately needs, and is recognizably absent whenever the bass player takes a rest. Every so often, these big moments, or a particularly great guitar passage such as the opening riff of “Frgmntd,” will allow me to recognize how much fun Brutta can be.

And then there are the other moments. The mosquito noises at the beginning of “Mortem” are the most annoying part of the record, but they aren’t the only problem. In between those memorable shouting choruses lies a wasteland of death metal nothing. Some parts sound as if Brutta didn’t write anything, and instead just put in some placeholder standard blast beats with guitar strumming that barely counts as riffs on top, and then forgot to go back and replace it with thoughtful music.

Most passages aren’t that bad, and these rough patches didn’t hurt Brutta enough that I stopped enjoying the record. They do hurt Brutta enough to prevent it from being a great release. There are other issues with the album as well: The guitar solos can be lackluster, and occasionally the production can hinder Brutta’s performances. But the inconsistent songwriting is Brutta’s biggest obstacle to further success.

Again: Brutta is solid. But like an annoying mosquito, questions buzz around my head whenever I listen to Brutta. I’d recommend this to anyone looking for good death metal to have on at the gym, or anyone willing to wait for great moments. I probably will not be returning to Brutta anytime soon.