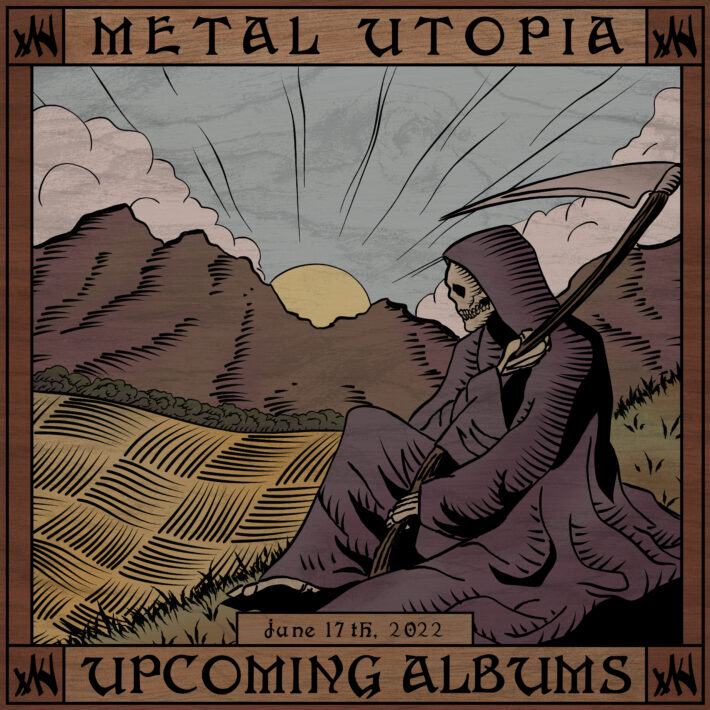 Jared is looking forward to White Ward’s False Light, Horns & Hooves’ I Am The Skel Messiah, and Inexorum’s Equinox Vigil:

Even though the label released this album on YouTube early, I love this record. As a sax player, White Ward is one of my favorite new discoveries in a long time.


Some melodic black metal from the great Minneapolis scene that brought us Obsequiae, so I’m very curious about this one.

I mean I don’t even care about Rings of Saturn. I’m just fascinated how they’re a constant source of drama and salt.


Proper death doom. Not as in Incantation worship (although there’s also a bit of that for good measure, throw in some Asphyx too), rather as in torpor and despair. Good stuff.


Crusty atmo-black. Think somewhere between Downfall of Gaia and Dead To A Dying World with a lot of Fall of Efrafa influence. As all this is right up my alley, you know I’m excited.


Rutger is looking forward to White Ward’s False Light, Esoctrilihum’s Consecration of the Spiritüs Flesh, and Exocrine’s The Hybrid Suns:

Debemur Morti actually already uploaded this record to Youtube and I love it, so I’m looking forward to hearing it in good quality on Tidal!


Esoctrilihum is a solo black metal project that just keeps putting out great albums. Consecration is their seventh full-length since 2017 and it’s a solid record.