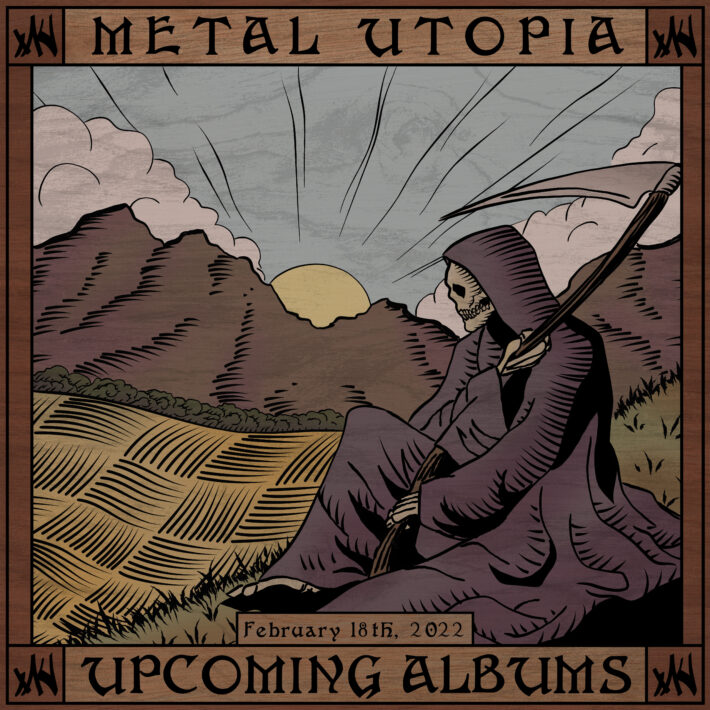 Jared is looking forward to Schizophrenia’s Recollections of the Insane, and Lunar Blood’s Twilight Insurgency:

Belgian boys making some hot and spicy death metal. Reviewed it for the site but I’m very excited for the world to hear these guys. This album rips.


Some New Jersey blackened-death-hardcore insanity that has been generating a good bit of hype. Looking forward to hearing it.


Leon is looking forward to Immolation’s Acts of God:

Many classic death metal bands released records resonating with such immensity that their originators almost fell by the wayside, many younger bands emulating and perfecting the sound. Immolation is not a band that met such fate. Thirty years later, despite many attempts, there is no one that sounds exactly like Immolation, no one that can challenge them to the throne. They alone wield their immaculate brand of death metal.


Nathan is looking forward to Schizophrenia’s Recollections Of The Insane, and Theoptia’s Undead Gods:

Death metal with very promising singles. Shaping up to be a very good debut.


This will be the proggy death metal band’s second full length. The record is a concept album about the religious aspects of secularism. I’m intrigued by the concept, and interested to see if the music can back it up.


Rutger is looking forward to The Body & OAA’s Enemy of Love:

This Friday, the Body releases a new album in collaboration with producer OAA. The first single really intrigued me. It has a similar vibe to Sightless Pit, but without the classical vocals. I’m looking forward to hearing the rest of the album.