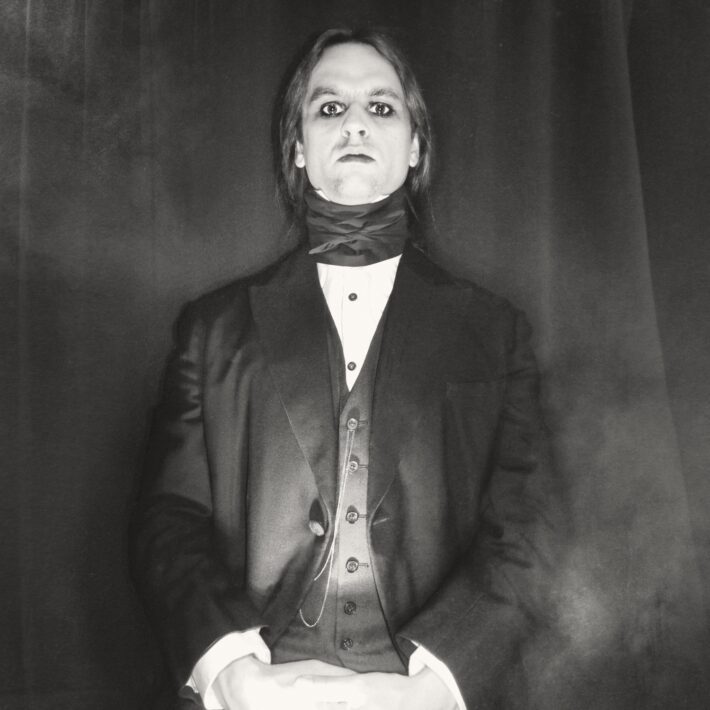 Les Chants du Hasard make symphonic black metal, but not in the way you think. Rather than take the music of Darkthrone or Mayhem and sprinkle orchestral elements on top, this group has built their music from the bones of the Romantic era of music. The black metal elements feel sparse when present, and the band makes it work. Livre Troisième, Les Chants du Hasard’s newest release, strays from typical metal tropes, and you will be left barren if you enter this record looking for riffs or blast beats. However, what you find here may be appealing to quite a number of black metal fans.

Livre Troisième oozes drama. This isTchaikovsky’s final symphonies, but without the joy and whimsy. Fans of more modern composers like Berio or Boulez may find the sound somewhat antiquated, and that seems to be by design. From the cover art to the promotional material that describes the record as gothic to the album structure, Livre Troisième seeks to combine what composer Hazard describes as the violence of metal with the centuries of refinement and emotional weight of romantic music. The style strikes true. This could have felt like a rehash of long dead ideas. Instead, Les Chants du Hasard furthers an established style and adds some newer influences to create music that looks to the past, but lives in the present day.

Livre Troisième contains individual tracks, but the music works better as a whole. Most songs flow into each other, and the general trends of the album don’t change much from song to song. This lack of change is a mixed bag in terms of how it affects listening to the release. For the positives, you end up with a more fleshed out experience than you could get from a  more stuttered album. You can get immersed in record and in the world it spins. On the other hand, your experience is all or nothing. If you don’t like a track, good luck with the remaining forty minutes of music. Of course this is a problem with any albums that are essentially a single track, but the issue feels more pronounced on this record due to the additional uniqueness Livre Troisième may have in some metal fans collections.

There is black-metal-style screaming throughout Livre Troisième. It doesn’t work. There are other grating vocals throughout the record as well, but the growls stand out as the biggest flaw. It’s a shame, given how well incorporated they are into the rest of the record. These growls don’t ruin the moments they are in, they just feel out of place, as if Hazard felt obligated to maintain some ties to metal music but couldn’t quite make those ties work with what was in his head.How you feel about this record will come down to if it is a novelty release or if the music has staying power with you. The romantic orchestral music felt remarkably solid, and it obviously isn’t Hazard’s first stab at this style of music. However, if this isn’t something you typically appreciate, then Les Chants du Hasard won’t make you a fan.

Judging this record by how well it realizes the artist’s vision, Livre Troisième triumphs. Judging by how much I enjoyed listening to it, this was a solid release and I imagine I will spend plenty of time with it in the future. If you’re looking for something that pushes musical boundaries, Les Chants du Hasard haven’t exactly forged new ground. I recommend this to anyone who is a fan of both black metal and classical music, especially if you call out your love of both genres in your “about” section on this website and are named Rutger. For everyone else, Livre Troisième will be at worst a novelty and at best a chance to lose yourself in the past.