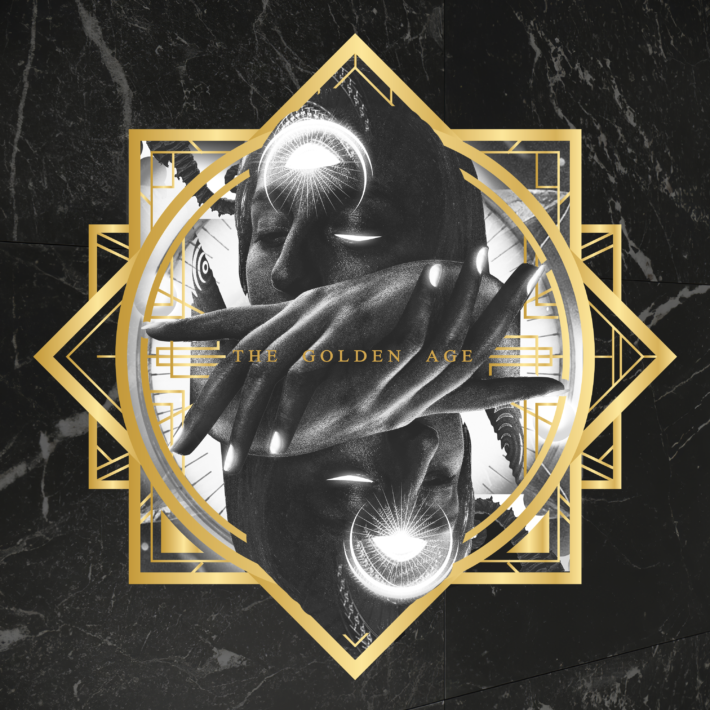 “The artwork reflects a parallel universe of post-apocalyptic revival,” according to Mêlki. I don’t know about the artwork, but the music nails this post-apocalyptic feeling. This release has been restrained to sound downcast and introspective. A spacier, quieter record than most results. When tracks crescendo and climax, they still feel huge and empty. Although The Golden Age doesn’t qualify as cavernous death metal, it fits the connotation of the term so well that I wish that subgenre label didn’t have an established meaning so that I could use it here.

Because Brood Of Hatred makes such stark and cold atmospheric death metal, the focus of the record is more on feeling than chunky riffs. Immediately after listening to The Golden Age, I will not be able to tell you much about any specific melodies other than that they ape Ulcerate. However, the notes still leave quite an impression. The riffs aren’t forgotten because Mêlki is bad at writing, they’re forgotten because catchy riffs would run counter to the purpose of the record.

For an album this barren, the songs themselves have a satisfying amount of dynamics and depth. Mêlki does a great job of letting notes linger on just a moment too long early in songs, making slight changes and mild upticks in energy seem massive. After a song picks up, the backslide into longer notes and slower progression is noticeable. The Golden Age contains some effective moments that use this technique well.

Expectations can be a big deal. I had to reign mine in to enjoy The Golden Age. This isn’t progressive death metal in the same way as the genre giants, and it’s not technical in the way that technical death metal usually tends to be. There aren’t album-wide musical arcs that drive towards a satisfying conclusion, and the record doesn’t feel heavy at all. All of this together meant that it took a bit for Brood Of Hatred to connect. When it did, I was happy with it. But initial listens were rough at times.

The Golden Age completely implements the artist’s vision. However, when listening to the record, I found myself wishing that Mêlki was more ambitious with this vision. Other bands have been able to achieve a similar essence of bleakness with an outline of hope without sacrificing memorability, heaviness, or atmospheric variety. And while Mêlki doesn’t entirely abandon those things, The Golden Age would have needed more of them for Brood Of Hatred to become a death metal powerhouse.

Brood Of Hatred is a successful atmospheric death metal record and an effective, complete artistic statement, but I wish it was more than that. If you’re itching for the next dissonant technical death metal release and don’t mind a record on the lighter side, The Golden Age could be for you. If you scoff at music without the proper righteousness of riffs, maybe pass on this one. Although The Golden Age doesn’t give as much as similar releases, Brood Of Hatred have enough to offer death metal listeners to be a worthwhile band to pay attention to.