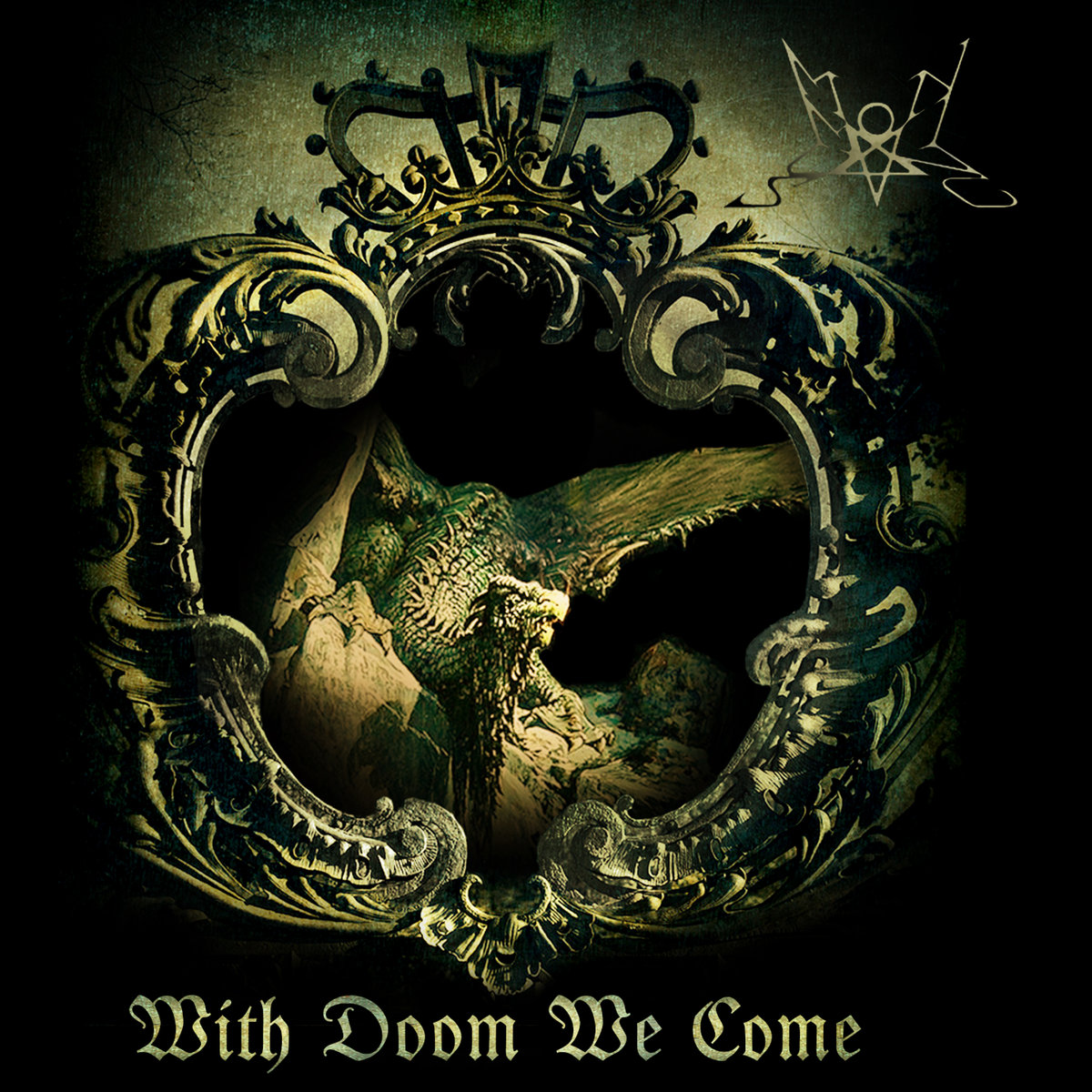 There are few writers more cherished than J.R.R. Tolkien, whose mythos and imagination created what is arguably the greatest fantasy realm of all time. There are few metal bands that demand such a devoted following as Summoning, whose music has been fundamental in helping shape atmospheric black metal. By combining the lyrical genius of Tolkien and the musical prowess of Summoning, great masterpieces have been birthed.

Unfortunately, With Doom We Come is not one of those masterpieces. In the vein of Summoning’s later albums, it lacks an overall grandiose and epic element that those albums harnessed. As a throwback to their early years, the album does contain more grit, but fails to truly create anything original within the realm of black metal.  That is not to say that With Doom We Come is not a solid album; it is merely not the stuff that legends are made of.

The album begins with ominous drumming on the track “Tar-Calion.” Aptly played rhythm guitar meets keyboard as multiple synths are layered, one on top of the other. The addition of brass instruments on this track gives the feeling of being part of a king’s entourage, marching in some far land in the East of Middle-earth. “Silvertine” creates a regal atmosphere that Summoning is known for and stands as one of the strongest tracks on With Doom We Come. An epic choir pairs with Protector’s guttural shrieking as the listener is pummeled with wave after wave of churning guitars and keys.

“Carcharoth” will please Tolkien fanatics, as it retells the story of the “Red Maw,” the most evil and badass werewolf to ever hold life within the sphere of Arda. Summoned by Morgoth, Sauron’s master, Carcharoth battled with Huan, faithful hound and most trusted of companions, at the Black Gate. In his all-encompassing hunger and rage, he devoured the Silmarillion (most precious of jewels) and bit off the hero Beren’s hand. The music on “Carcharoth” is befitting of the tale, as it weaves a dark atmospheric wasteland.

The album begins to take a noticeable downturn with the next three tracks. “Herumor” is disjointed and somewhat unsettling. “Barrow-downs” is a short track that comes across as filler. The sixth track on With Doom We Come, “Night Fell Behind,” is mostly unremarkable. Some of the melodies recall Dol Guldur and the vocals are changed from shrieking to a raspy singing.

The final two tracks on With Doom We Come clock in at over 11 minutes each. “Mirklands” is an atmospheric monolith featuring various instruments, including harpsichord. It’s familiar Summoning territory, but the band executes well. “With Doom I Come” is the final number on the album and the first track that Summoning released as a single. While the song does have many similarities to “Earthshine,” stellar drumming, diverse instrumentation including flute and harpsichord, and an uplifting and pervasive mood all make “With Doom I Come” a triumphant finisher. The gravely singing works well on this track, but some fans will prefer the black metal shrieks that Summoning is known for.

Summoning have once again captured the spirit of Middle-earth with their references to Tolkien lore and overall dark but majestic atmosphere. With Doom We Come has its high points, but suffers from a lack of consistency and originality. Diehard fans will want to pick this up regardless, but for anyone just getting into the band, there are better entry points.