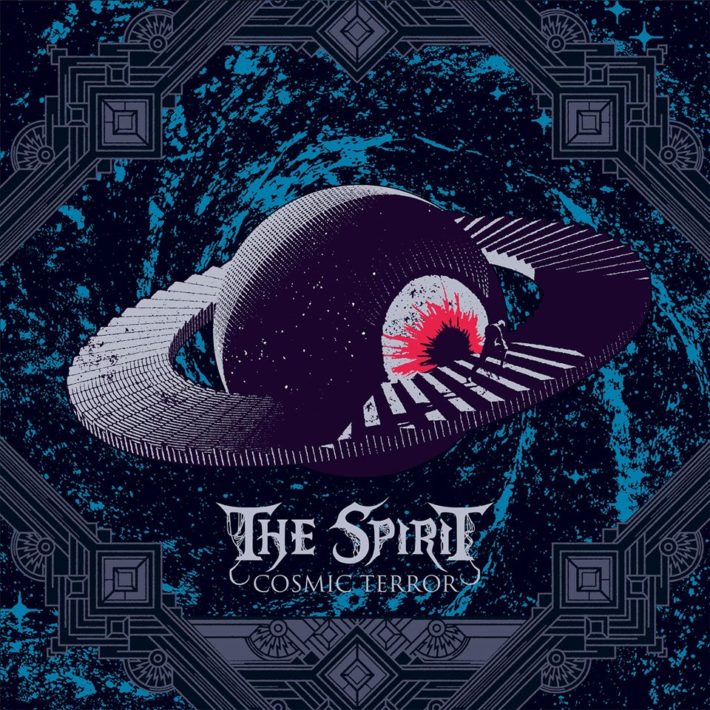 I have never really been a fan of black metal. In my continuous attempts to listen to a little bit of everything – at least within metal subgenres – black metal never really got to me; there are some exceptions, of course, usually when the music in question unites black metal with something else.
Well, this album is clearly one of said cases, because I enjoyed the hell out it.

Cosmic Terror starts off full of anger and strength with the misanthropic anthem “Serpent As Time Reveals”, which sets the tone for a blackened death platter. “Strive For Salvation” emphasises the excellent drumming and guitar work, while it expresses the isolation and alienation of the individual who seeks to find liberation. Then, there’s “Repugnant Human Scum”, with its vehement lyrics, built upon guitar arpeggios and slower riffs; once again, the synergy between guitar and drums is absolutely praise-worthy. “The Path Of Solitude” has to be the best song from this full-length: slower at first, heavy, and melodic, featuring a rather complex instrumental bridge; the lyrics, dealing with loneliness and desperation in an almost existential way and culminating in a tragic act, shows great writing skills too.

It begins now the second half of the album, with “Pillas Of Doom”, one of the three singles from Cosmic Terror (along with “Serpent As Time Reveals” and “Repugnant Human Scum”), a song accompanied by a dreamlike, black-and-white videclip; after the quieter (so to speak) previous one, this track is almost frenetic, obsessive, and its lyrical content relates more to the “cosmic” theme of the album, rather than the more intimate ones. Follows “The Wide Emptiness”, distressing prelude to the end of this album: blending the two aforementioned themes of the album, this song leaves us with what could be a heavy heart, worried as we look into the emptiness. The instrumental title track, “Cosmic Terror”, closes the album: six minutes of dialogue between instruments, constantly changing speed and pace, so much that calling it prog wouldn’t be unjust. And then, it’s over.

What I have enjoyed the most of this album is how perfectly fit together all the instrument are: fast and relentless parts, occasionally interrupted by brief slower ones, but the melodies are always there, in one way or another, sometimes more hidden into the guitar’s patterns, sometimes more clearly audible. This aspect goes hand in hand with the lyrical structure: rhymes, and in particular end rhymes or chained rhymes, are quite common in either the verses or the chorurses, and this gives the vocals a certain rhythm of their own, that is carried on by the other instruments. The end result is very pleasant, because amidst all the chaos, there’s always a thread to follow.

The production is another great strength of Cosmic Terror: from bass to vocals, everything sound clear and well-mixed, yet it is never over-produced, resulting in a nice and rich sound.

Cosmic Terror leaves us feeling cold and lonely; it could be either cathartic, or deeply troubling, that’s ours to decide. An album that deserves to be carefully listened to, possibly with the lyrics in hand, to fully appreciate the work that’s behind it; I believe that everyone who likes their black metal with more melodies in it, will thoroughly enjoy this release.

This is one great album, that I am sure will age well; and in front of us, there’s a band that definitively has a future.