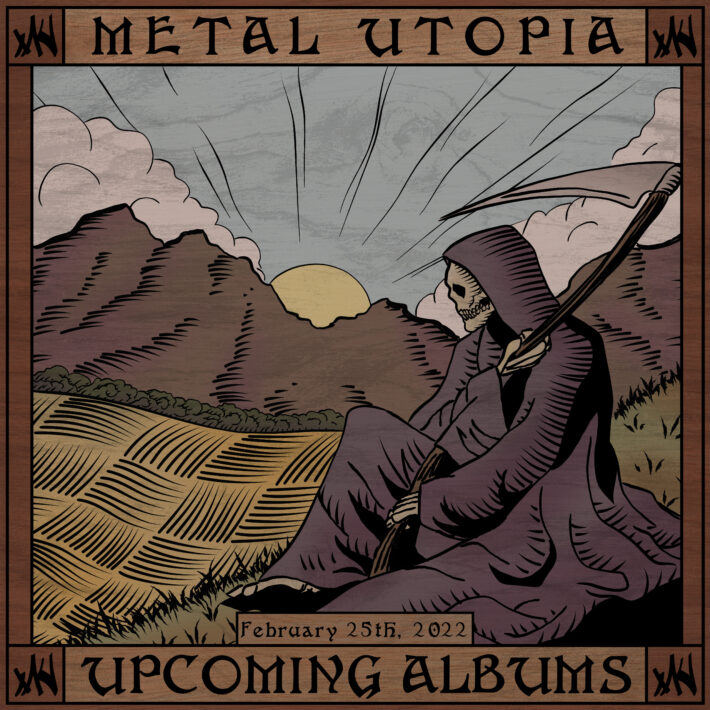 A drum driven stoner/sludge band that is so heavy you would never guess it is a two piece band. They have realeased a few singles and EP’s over the past few years, but this is their first cannonball into the deep end with a full album. If their previous efforts have shown us anything, this is going to get loud.


Rick is looking forward to Grailknights’ Muscle Bound For Glory, and HammerFall’s Hammer Of Dawn:

The idea of power metal with unusually harsh vocals and some growling here and there has always been very intriguing to me and Grailknights do not disappointed. Losing some of the gimmick woundn’t hurt but if this album is as good as the previous ones I’ll be happy.


The years come and go for everyone and HammerFall have had some ups and downs in the last decade; approaching 30 years of activity thery’re not a young band anymore, but they still have tricks up their sleeves: let’s hope they get to shine on this new album.


Rutger is looking forward to Shape of Despair’s Return to the Void, and Meslamtaea’s Weemoedsklanken:


Dutch black metal band Meslamtaea release their fourth full-length this Friday. They play a unique blend of black metal with jazz influences, which is definitely worth checking out.