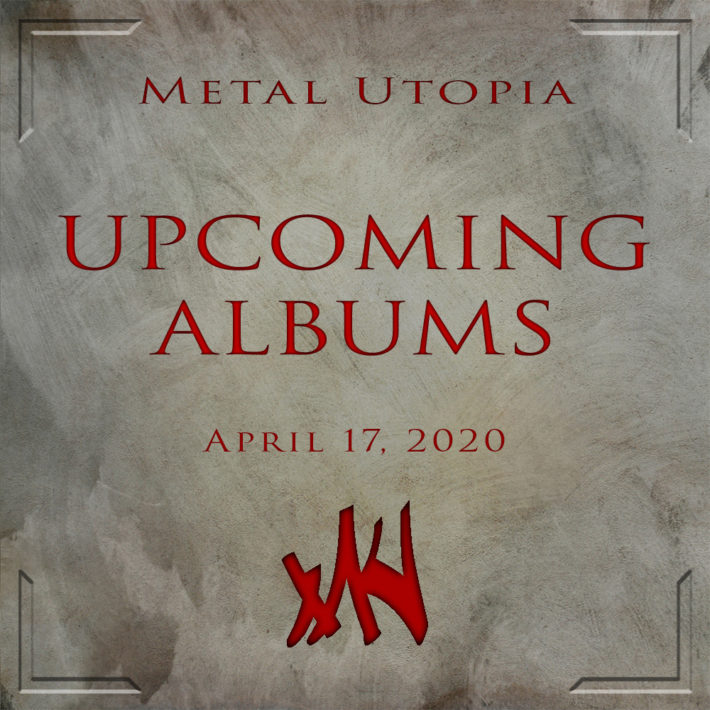 JP is looking forward to The Black Dahlia Murder’s Verminous:

Melo-death kings are back yet again with another powerhouse of a record. They shipped out physicals for these very early, so I can first hand say this records kicks as much ass as you’d expect it too, but we should never expect anything less of TBDM, let’s be honest.


Josh is looking forward to At the Altar of the Horned God’s Through the Doors of Moonlight:

Blending dark wave, fuzzy old school black metal, ritualistic drum and chant combinations, this album will send you into an incense-induced trance fit for an Aleister Crowley fever-dream. Have I also mentioned that this is this project’s first output?

And they’re back after 6 years without new releases. I never found Abysmal Dawn to be anything special, but nowadays when science fiction tech-death is dime-a-dozen, they were at least staunchly solid. I expect no less from this one.


Sludge unbound. Massive as hell, slow as hell. Basically stoner funeral doom. Get in on this if you have a lot of patience or a lot of herb.


Who knows about Oranssi Pazuzu, knows what to expect. Who doesn’t know this unhinged finnish psych-black metal band, let me just tell you: shit’s off the hook.

With the release of a new Azusa album last week and a new Mantric album this week, it’s clear that Extol’s members are still having an impact on metal music. In many ways, Mantric picked up where Extol’s The Blueprint Dives left off, leaning more into the progressive realm and discarding their death and black metal roots. False Negative is Mantric’s third studio album and I can’t wait to see what’s inside.


Nathan is looking forward to Azath’s Through a Warren of Shadow:

Seeing anything Malazan-themed ignites an explosion of hope in me. Also, the album is streaming already and it sounds pretty sweet.


Sean is looking forward to Ripped to Shreds’s Luan:

A band with two different lineups, one in California’s Bay Area and one Taipei, Taiwan, Ripped to Shreds blends elements of death and grind with a touch of doom to create an all out aural assult. The band really began to gain traction with the 2019 EP, Demon Scriptures, and they look to build upon this momentum with this 2020 full length.