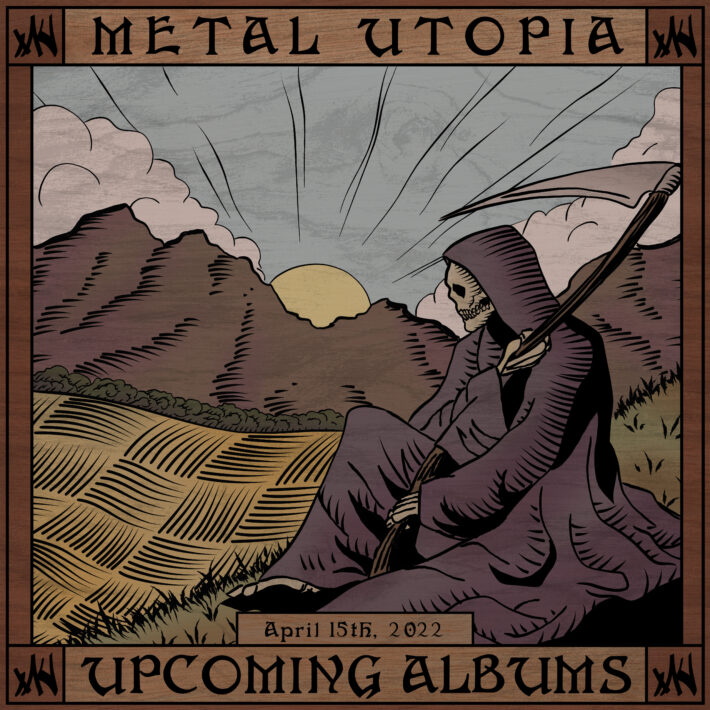 Jared is looking forward to Incandescence’s Le Coeur de l’Homme, and Egregore’s The Word of his Law:

Black metal out of Montreal, but the instruments are done by Philippe Boucher of Beyond Creation, meaning this record will surely have some adept performances. Plus the cover art is gorgeous.


Some black-death weirdness coming out on 20 Buck Spin, so it’s worth checking out for that reason alone.


Leon is looking forward to Alunah’s Strange Machine, and Nocturnal Depression’s When My Time Has Come:

A quality contribution to the doom/stoner/heavy psych genre. I wasn’t the happiest when they switched vocalists on the last album, but it was more of a preference thing and Siân is certainly doing a good job.


A near 20-year-long career, some brilliant records, some meh records. Nocturnal Depression still remains a prime choice of DSBM and I’ll give a shot to whatever they put out.

Spanish thrashers Crisix release their sixth full-length since their foundation in 2011. On stage, the band create such a party that they can make any audience form a circle pit, and they aptly put this energy on their studio records. So I’m looking forward to hearing their next release.