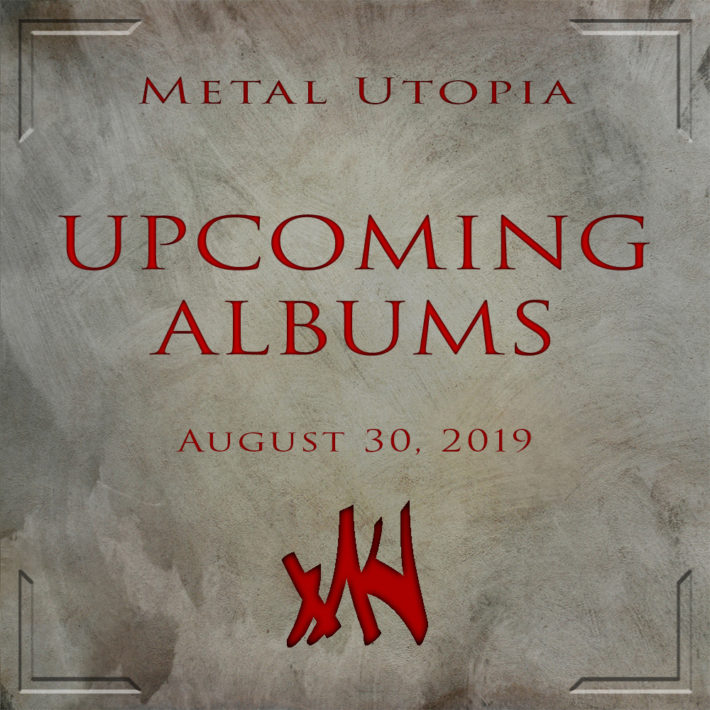 Darryl is looking forward to Elvenking’s Reader of the Runes – Divination:

Elvenking’s past few albums have marked a return to their Folk Metal roots and the trend continues with their 10th album.

I don’t know enough about this project yet, just that it is progressive black metal, but it is tied to both Vargheist Records and Marburg, so I’m already interested.


Brutal Death Metal when it is done well can be incredible. Thankfully these guys know how to do it so well that you don’t mind that you’re dead at the end of the album. Can’t wait for this one.


Dark Descent Records swings back with this monument to Death/Doom. I have been into this band for a while now and can’t wait to hear what they have in store.


20 Buck Spin has had a hell of a year, and Witch Vomit’s newest release will only add to the momentum.

I have nothing to say. This record will hopefully speak for itself.


Leon is looking forward to Warcrab’s Damned In Endless Night:

I just heard these guys the other day on one of the Doomed & Stoned compilations (check them out, they deliver the goods) and I immediately dug them. It’s sludge, it’s death metal, it’s thrash. Whatever it is, it rips.


Nathan is looking forward to Entombed A.D.’s Bowels of the Earth:

Entombed A.D. have not reached the heights of their original form, but they still make competent and intriguing death metal. Judging from the lead single, Elimination, another solid album may be on the way.


Rutger is looking forward to Mystagogue’s And The Darkness Was Cast Out Into The Wilderness:

Mystagogue is a dutch black metal project founded by Maurice de Jong (from Gnaw Their Tongues as well as many other projects) and Wessel Damiaen (from Laster). Their debut album releases this Friday.