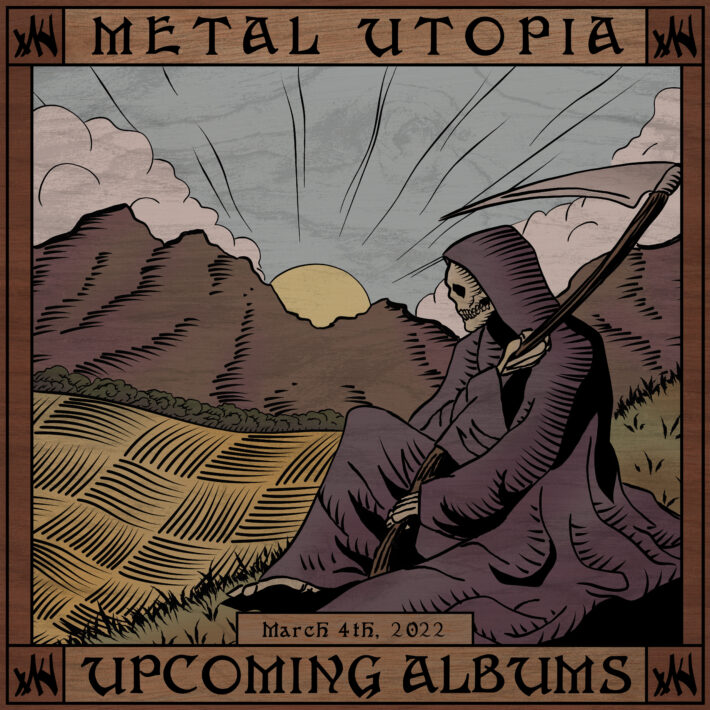 Jared is looking forward to Midnight’s Let There Be Witchery, and Unru’s Die Wiederkehr des Verdrängten:

Well-established blackened thrashers Midnight are releasing another album this Friday, and though I was underwhelmed by their last record, I’m always curious to hear what Athenar cooks up. Though their live show is the real attraction, their studio albums can still capture their raucous energy.


I heard one of Unru’s singles, and though I wasn’t brave enough to review the album myself, I’m still very intrigued by their obtuse crust punk-laden black metal style. It’s definitely outside my comfort zone, but I’m very curious to hear what they can do.


Leon is looking forward to Crowbar’s Zero and Below:

Kirk Windstein absolutely has the claim as one of the granddaddies of sludge, and Crowbar arguably never released a bad record. Here’s one more to consistency.


Nathan is looking forward to Hath’s All That Was Promised:

Of Rot And Ruin was an excellent progressive death metal release. If All That Was Promised is anywhere near as good it will be worth celebrating.


Rutger is looking forward to Sabaton’s The War to End All Wars:

It seems Sabaton got so much inspiration from the first World War, that one album wasn’t enough to cover it all. Their previous record (like most of their discography) was full of catchy riffs, so I’m looking forward to hearing this one.