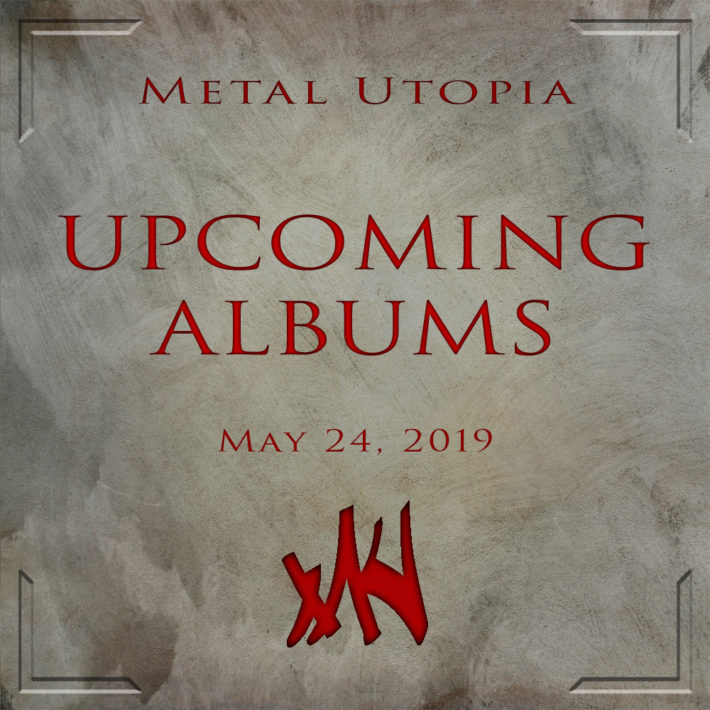 Leon is looking forward to Deathspell Omega’s The Furnaces of Palingenesia, Destrage’s The Chosen One, Earth’s Full Upon Her Burning Lips, Misþyrming’s Algleymi, and Visigoth’s Bells of Awakening:

DsO fans are an intensely devoted bunch and we’ve been tittering with glee ever since this was announced a couple weeks ago. Every new DsO release is more than music, it’s the contiunation of an obscure but still compelling narrative that transcends the aesthetic experience of just music. Call us pretentious – maybe it’s warranted, but we don’t care.


Destrage’s 2014 LP “Are You Kidding Me? No.” was perfectly explained in its title. Progressive metal slash mathcore with musical hijinks abound. One moment its one thing, the other its something completely else while still achieving coherency in general. The 2016 follow-up “A Means to No End” was a bit more restrained but still up to par. Let’s see what’s next.


Drone metal pioneers turned hazy post-rock turned psychedelic folk rock. Many don’t like their later output us much, but it is arguable that they haven’t released a single truly bad album, and I have no doubts this one will be no different.


Cavernous black metal that swept the scene off its feet with its 2015 debut. Let’s see if they can do it again, and I’m pretty confident they can.


Visigoth released one of the best if not THE best heavy metal album last year, and they follow it up with a short Dark Souls inspired EP (and it’s interesting how that video game inspired tons of metal and non-metal musicians recently).


Rutger is looking forward to Gaahls WYRD’s GastiR- Ghosts Invited, and Neckbeard Deathcamp’s So Much for the Tolerant Left:

Gaahls WYRD, lead by Gaahl, one of the prominent characters from the Norwegian black metal scene (especially known from Gorgoroth) release their first full-length album. They already released three singles, which have been so good that the full record can only be great!


After releasing their debut album White Nationalism Is for Basement Dwelling Losers only last year, Neckbeard Deathcamp are already releasing their new full-length this friday. The album is filled with anti-fascist, satirical lyrics, expressed in black metal/noise music. Should be a fun listen.

This band has managed to bring an entirely new approach to the world of extreme symphonic metal. Their upcoming fifth album promises more symphonic death metal wizardry that will likely not disappoint.