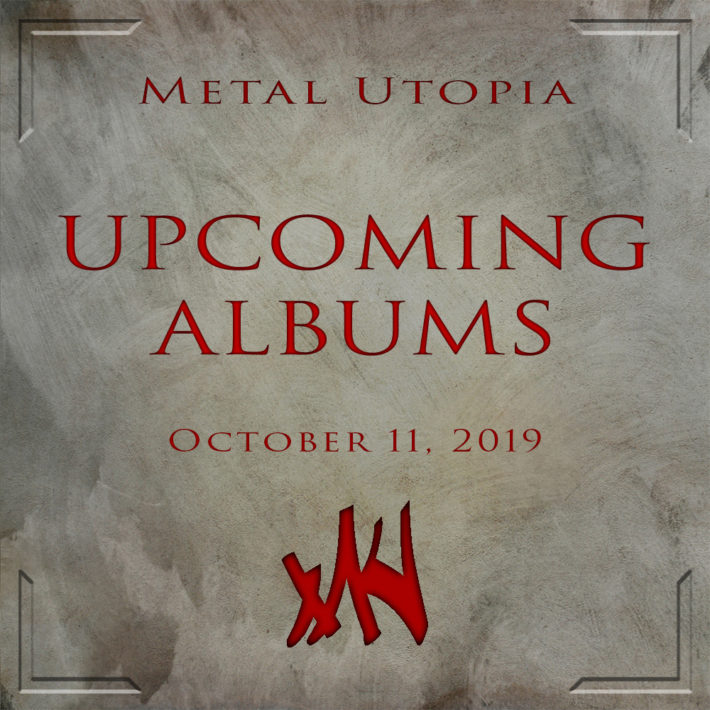 2019 sees the first full-length from this Death-doom act, that initially grabbed my interest with their 2017 demo Altars of Decay. If the preview track is anything to go by, this has potential to shake up some year end lists.


Evil, Occult, etc etc… All you need to know is this is great enough Black Metal to blow out your speakers. My tape came in early and the whole album is destructive.


JP is looking forward to Bent Knee’s You Know What They Mean:

Bent Knee are one of those incredibly weird bands that just stick. They’re an experimental prog rock band that is ridiculously eccletic and truly unique with the music they create. I highly suggest checking them out if you haven’t!

In the mood for some spooks? Well, we’ve got your spooks right here! Akhlys is treading down a pretty regular black metal path with their new album, following up their incredible, noisy, and discomforting 2015 release The Dreaming I with Supplication, the bands attempt at a long, spooky ambient album. And I couldn’t be more excited. It’s the perfect time of year for it. I just hope that they come back to making nightmarish black metal in the near future.


Matthew H is looking forward to Signs Of The Swarm’s Vital Deprivation:

Following the departure of their former vocalist CJ McCreery, Signs Of The Swarm are back for their third album and have enlisted David Simonich for vocal duty. The singles they released have been as relentless and chaotic as ever and David is showing that he is more than capable of continuing where CJ left off. Artwork for record was handled by the very talented Adam Burke.

After releasing a full-length album back in January of 2019, the New York doom metal band releases more material: an EP with covers from Three Dog Night and The Cure. So if you liked their latest record, you should definitely check out this EP.


The Italian band Lacuna Coil has already made quite a name for themselves in the gothic metal scene. Dating from 1997, the band releases their eighth full-length record already. I’m looking forward to hearing it!