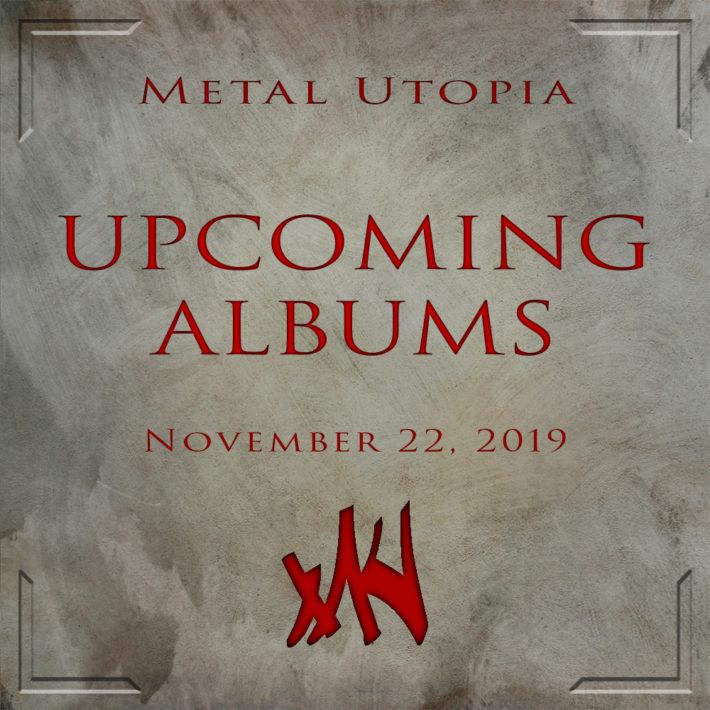 The industrial metal super-duo (now super-trio, after the joining of a new guitarist, prolific Holylwood actor Peter Stormare) is set to release their second studio album, following up 2015’s Skills in Pills. The project is spearheaded by Rammstein frontman Till Lindemann and Peter Tagtgren of Hypocrisy. Expect an ambitious observation from two greats of the genre.


Stormwarrior continue to bridge the gap between Power and Viking Metal with their first new album in five years. The veterans got their start around the turn of the century with support from Helloween.

After dropping their atmospheric acoustic soundtrack/record just last year, Hypno5e are back with a mammoth of a record that will truly leave you shaken to your inner core. Hypno5e is known for their unique style of avant-garde ambient progessive metal that is often referred to as cinematic and that isn’t far from the truth. Their music takes you on a wild journey that exhibits nearly every emotion known to man. This kind of record is best experienced as a whole and demands your full undivided attention.


If you dig atmospheric progressive metal in the vein of Uneven Structure and crave more after their new record, look no further! Lone Survivors features US vocalist Matthieu Romarin as their vocalist and is shaping up to be quite the release, especially with this band coming from absolutely nowhere (well, France technically).


Leon is looking forward to Lord Mantis’ Universal Death Church, Obsequiae’s The Palms of Sorrowed Kings, and Sodom’s Out Of The Frontline Trench:

Lord Mantis definitely falls into the class of what I’d call “some of the nastiest stuff out there” with let’s say, Primitive Man and Dragged Into Sunlight. Blackened sludge metal that shows you the most hidden, most despicable face of (in)humanity.


It’s finally coming out. Obsequiae’s brand of melodic medieval black metal is truly something special. I fell in love with 2015’s “Aria of Vernal Tombs” on the very first listen. I’ve heard many blackgaze’s, post-black metal’s and whatnot, but only Obsequiae geniunely struck me with the question – “how can such a fundamentally ugly genre make something so beautiful?”


German thrash godfathers have been killing it for almost 40 years now. To be honest, the last release I liked from them was 2006’s self-titled, but I can’t really fault them for keeping on all this time.


Shankar is looking forward to Blood Incantation’s Hidden History of the Human Race:

Blood Incantation left a massive impression on the death metal scene with their 2016 album “Starspawn” with their fluid combination of sci-fi guitars with old-school death metal. From what I have heard, this album will do everything Starspawn did but better. I can’t wait to see what November 22’nd brings us