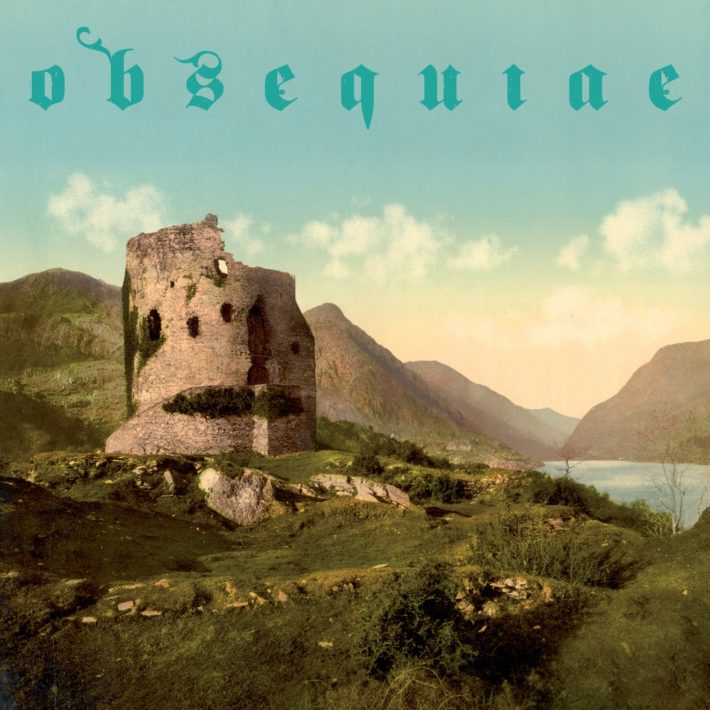 Being a reviewer can be difficult and tedious.  When I receive an album that I genuinely enjoy, it is not enough to just say “I like this album.”  I have to justify why, compare it to previous releases, scrutinize every detail, give obligatory complaints, etc.  If you and I were to have a conversation about Obsequiae’s third album, The Palms of Sorrowed Kings, I imagine it’d go something like this:

“What do you think of this album?”

“Well, I thoroughly enjoyed it.  It’s a great record!”

“First, I think that the use of melody is amazing.  The whole album is rich with beautiful melodies and motives, driving each song forward and never letting them fade.  Half the time, I can’t decide whether to head-bang or just absorb notes.  Each song is a new journey that keeps me excited.”

“So this album is good because it’s melodic?”

“No, that’s not all that makes it good, it’s just one of the many elements to it.”

“What are those other elements?”

“Well, for one thing, the musicianship is outstanding.  The interplay between the guitars and drums is well executed, neither attempting to dominate the other.  The drummer in particular (Eoghan McCloskey) shows a wonderful insight with his rhythms and patterns, each creative and unique, but never overshadowing the song itself.  Between this and the fantastic guitar arrangements, this album is incredibly dynamic.

“Does that mean that the technical musicianship makes this a good album?”

“No, there’s more to it than that.  The album itself seems to transport me to another place and time.  The atmosphere created by these somber melodies take me to time in the past, long forgotten and achingly beautiful.  This is further emphasized by the acoustic interludes such as “L’autrier m’en aloie” and “Palästinalied.”

“The way you’re describing this, it doesn’t sound much like a metal album…”

“Oh, it definitely is.  Between the occasional blast beats, Tanner Anderson’s wonderful harsh vocals, and the overall aggression that lurks beneath the melody, this is an amazing slice of melodic black metal.”

“Since you like this record so much, what are your favorite parts?”

“Isn’t that what I’ve been describing this whole time?  Mostly I’m enamored with Anderson’s guitar playing.  The opening notes of “Ceres in Emerald Streams” immediately pull me into the album and refuse to let go.  Not to mention there are some tasty guitar solos sprinkled throughout, my favorite coming from the title track.  Every now and then, choir-like vocals appear in various songs that help add to the overall ambience and it gives me chills every time.  I also love how seamlessly this album flows, with transitions between the songs and the medieval harp interludes being as effortless as breathing.  It all works together incredibly well.”

“That depends.  Those who are fans of bands such as Agalloch and Summoning will most likely enjoy this record.  It sits comfortably between those two bands.  However, this music is also accessible enough that it might be a little easier grasp for those who are unfamiliar.”

“Yes! I’ve even pre-ordered the CD from the link included at the bottom of this page.

“Don’t you have a review copy for free?

“Well yeah, but either I’m incredibly compulsive or it’s that good.  Considering how many times I’ve listened to it, I’d say it’s pretty damn good.”
“So, what are your final thoughts?”

“This album is gorgeous.  It creates a world painted with vibrant melodies and breathtaking progressions.  It’s a stunning display of musicianship and atmosphere.  This album has managed to turn a first time listener of Obsequiae (me) into a full-blown fan.  This album is hypnotic and captivating, but never in a ‘lull-into-a-trance’ kind of way.  It’s so compelling that it keeps you listening over and over again.”