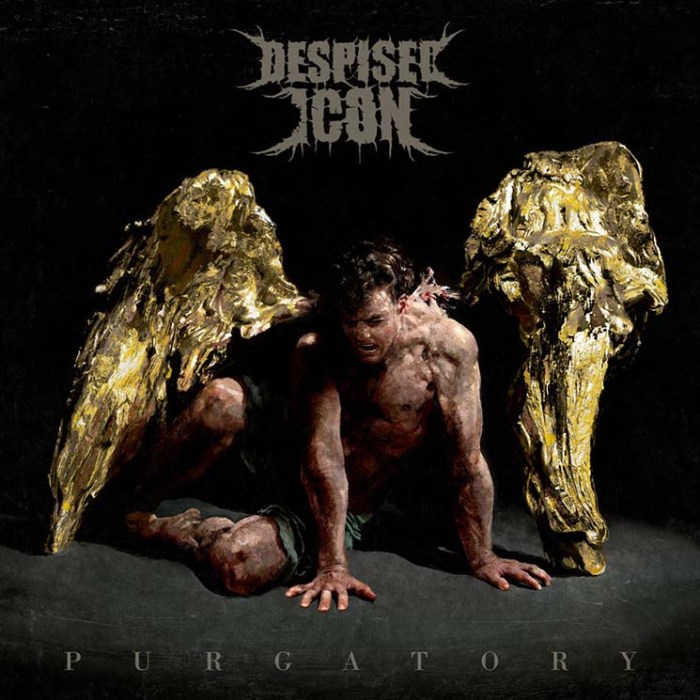 I love a good murder mystery. The slow burn, the shocking reveal, the realization from the audience that the answer was in front of them the entire time. I love a good murder mystery so much that I decided to try my hand at writing one for the review of the new album Purgatory by Despised Icon, partially because I very rarely hate an album as much as I hated this one despite some bright spots, and partially because there was no one nearby to tell me that this was a bad idea. So here we go: What killed Purgatory?

The first suspect to clear of wrongdoing is that it simply could not be an album made for me. Despised Icon is a, well, icon of deathcore. This is not the most popular genre in existence, and I’ll admit that I have to be in a certain mood to enjoy it. However, while listening to this album, I also threw in some other deathcore I enjoy. Venom Prison, Thy Art is Murder, All Shall Perish, and even earlier Despised Icon all graced my speakers and all gave a much better listening experience than Purgatory. While it’s true that deathcore is not my favorite, it’s enjoyable enough. Deathcore as a genre is alive and breathing, even as Purgatory lies dead.

So maybe I just wasn’t in the mood. That has killed many an album. This is angry music, after all. Listening to Despised Icon while going for a pleasant walk through the woods isn’t going to give the full experience. Purgatory contains music meant for raging out. My thoughts on this album definitely changed depending on my emotional state, so there may be some merit here. However, regardless of the emotional surroundings of the music, it never rose to great heights. At best, the music sounded listenable.

The various random sound effects scattered throughout are definitely another suspect. They certainly don’t do Purgatory any favors. The guitar squealies and various related sounds in the title track start out boring and quickly shift to annoying. The sound effects aren’t all bad, as the symphonic elements that start up in the intro and then continue on “Moving On” are a nice, albeit awkward, touch. In short, the good effects and bad effects almost cancel each other out. They aren’t propping this album up, but they also aren’t enough to kill it.

Another possible cause: The length of this thing is brutal. This might be a confusing statement: The whole album is only thirty-six minutes, which is much shorter than it feels, and the individual songs top out at about five minutes. However, most of them just keep going on well past when Despised Icon has anything to say. It seems as if Despised Icon wanted more time to showcase their impressive technical talent without enough regard for the finished product, or as if they just wanted to keep writing to get Purgatory to what they considered to be an acceptable length. Either way, this isn’t what kills the album. Although the songs all somehow manage to go on too long despite only being three minutes, my dislike starts up well before the music has worn out its welcome. In fact, when I listen for longer, things start improving. The second half of the album, starting with “Moving On,” is much better than the first half.

Album sequencing is not the sole culprit, but it definitely wounded the rigid body of Purgatory prior to death. As stated, the second half of Purgatory was much more enjoyable than the first half. It’s possible that I would have been much more forgiving of this release if the two halves were flipped and I got to listen to the relatively good half first. Unfortunately, that’s not what happened, and guitar squealies and out-of-place vocal changes are my lasting impression. This isn’t enough to kill the music on its own; it requires a co-conspirator: The songwriting. If the first half wasn’t so bad, this wouldn’t be a problem in the first place.

In fact, the songwriting is at the core of every problem here. Deathcore as a genre is maligned do to the questionable choices of some of the less talented members of its community. Music that only works in a specific mood, and even then only partially, is not music that stands on its own. Random sound effects that hurt my ears and my soul were intentionally added to the album, as was the aimless wandering on the unneeded second half of most of the tracks. None of these issues on their own would have killed Purgatory, but together under the umbrella term of songwriting they crush Purgatory under their weight before it even had a chance. The mystery is solved.

Your experience with Purgatory will probably not be as bad as mine was, and I’m being a bit forgiving in the rating to reflect that. This happened to push all of my buttons in a way that few albums do. Maybe you’ll find the album front-loaded with tracks that are forgivable, which will flip a lot of the issues Purgatory had. There’s no point in being overly harsh here, there is emotional resonance and technical prowess that can be found on Purgatory. Despite that, I am glad this review is over so that I never have to listen to this album again.