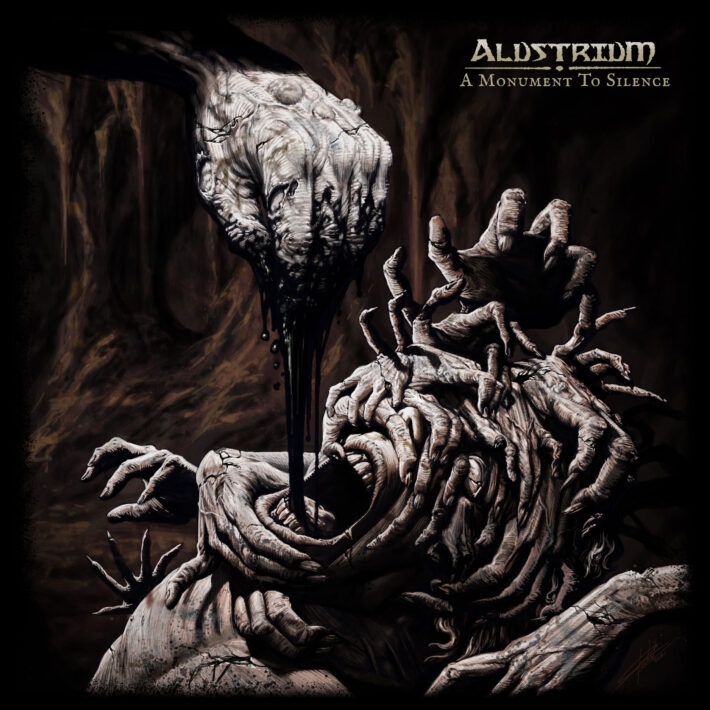 Six years is a long time to wait. When a band takes this long in between records, sometimes they spend it slowly honing their sound and improving everything they can. Sometimes they simply lose interest and are never the same. Based on last year’s EP, Alustrium still have plenty of interest in their music. The six year wait paid off, and now I have the task of putting how good their new release sounds into words.

A Monument To Silence improves on A Tunnel To Eden (The band’s excellent 2015 release) in two large ways. First, A Monument To Silence flows as well as any technical death metal album I’ve ever heard. A Tunnel To Eden didn’t exactly fail in this regard, but Alustrium obviously used the six years between albums to great benefit. Everything feels completely natural. Verses and solos transition seamlessly to rather insane choruses and to each other, and I found it easy to lose myself in the ambience of this record.

Let’s talk about those choruses more. Another improvement from A Tunnel To Eden that Alustrium offer the listener is simple, pure catchiness. I have now had one moment from “The Hollow Ache” stuck in my head for over a month now. Again, A Tunnel To Eden was a great record and did extremely well in this regard. With A Monument To Silence, Alustrium have only improved.

Against the rest of the technical death metal field, Alustrium don’t challenge the genre’s greats by creating an enticing atmosphere (although they do that as well), or by drowning the listener in dissonance, or by pushing the boundaries of what people conceive as death metal. Instead, they simply write and perform death metal as well as anyone. This is evident in the amazing choruses and flow of A Monument To Silence, but also in the little things. In the slight pauses before the chorus hits in “Join the Dead.” In the wavering tone of some of the slower guitar solos. A Monument To Silence does nothing new or unique, instead Alustrium crafted every moment to near perfection.

My issues with this record feel like they could be someone else’s favorite part. The production feels overly harsh at times, but that only highlights Alustrium’s heaviness and technicality. This record is over an hour long, but I would miss any song that got cut and appreciate how much of a good thing Alustrium are giving their audience here. There is a bizarre drum solo moment at the end of “Join the Dead” that almost went very poorly, but instead creates a nice diversion. “Dreamless Sleep” is an unnecessary interlude, but I find it quite pleasant and a good leadup to the next track. Nothing I could throw at A Monument To Silence lessens how good this record sounds.

I haven’t even mentioned how well this works as a concept album, or the return of previous moments in the amazing final track. I could go on for a long time, but words can’t do this album justice. With A Monument To Silence, Alustrium are no longer in the realm of bands like Beyond Creation or Inferi (both of whom I highly recommend as well). Their new peers are bands like Necrophagist and Death. A Monument To Silence is the best album of the year so far, and the best new release I’ve ever reviewed. I hope to listen to it for a long time.