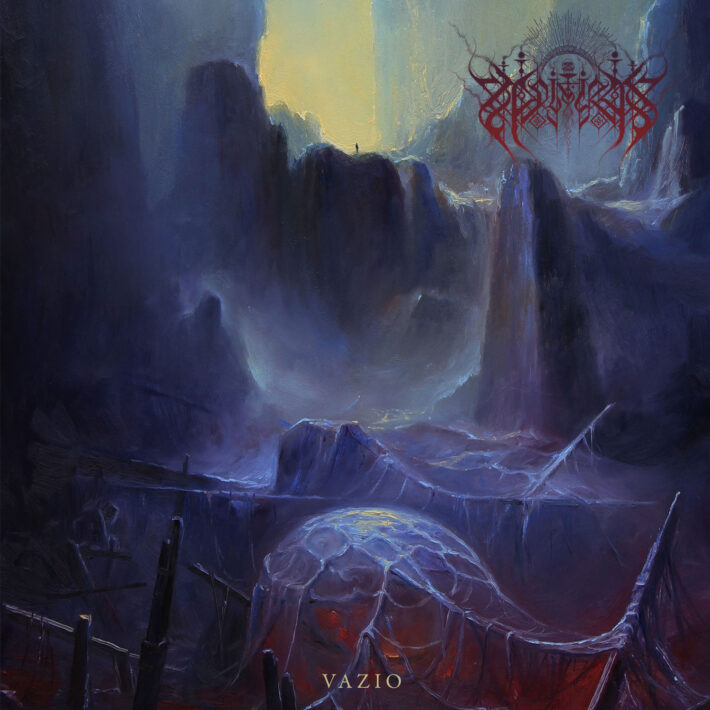 Transcending Obscurity Records has been knocking it out of the park recently. Although I’ve given some relatively unhappy reviews to previous releases from this label, they have a reliable minimum quality that few other labels of similar size can maintain. In the past few years they’ve released great albums from bands like The Drowning, perfectly acceptable records by bands like Coexistence and The Scalar Process, and plenty that fall in between. Sepulcros is their newest offering, and merely by their choice of label the band have created some base expectations from me. Sepulcros exceed them.

Vazio is the debut release from Portugese doom metal artists Sepulcros. Metal archives lists them as “Atmohperic (sic) Death/Doom Metal,” which makes me want to go on a rant about how genre tags sometimes have no meaning as this feels like it fits squarely within the realm of funeral doom. Even considering the genre, this album is slow, although it maintains a high level of energy throughout. The guitars are heavy and a constant presence, the vocals are guttural advertisements for an ear, nose, and throat specialist, and the drums attack with a rumbling thunder. All of the elements are there, the only question is if Sepulcros can put them together well.

My first scapegoat for why albums don’t score higher tends to be subpar songwriting. Given the rather meaningless intro track, I prepared myself for Sepulcros to fall to the same flaws as so many other artists do. Vazio, however, contains enough great moments for this issue to vanish like DB Cooper. The droning repetition of the guitars creates enough of a hypnotic effect that every time the chord changes it steals your attention away from anything else. The majority of the album takes place over these repeated guitar notes, or when the band feels feisty, riffs. Sepulcros use this repetition to their advantage, causing each change to become a big deal.

Despite the lengths of the tracks, with each proper song lasting over eight minutes (except for one which falls just short), Vazio never drags. None of my listens to this release felt bogged down, which is a minor miracle for, er, death/doom. The music feels concise and familiar, with later tracks glancing back at ideas from the earlier tracks. The vocals contribute to the album’s brevity, with their pleasing nature being the only consistent thing about them. There are low moments that almost get lost in the mix, near-black metal wails, and everything in between.

Production choices end up hurting Vazio. Sepulcros seem to have gone for a retro feel, with their tones recalling the presence of 90s death/doom bands that also sound quite bad today. This feels charming, but also distracting, as if I’m listening to the record underwater. Additionally, between the intro and the outro, there is a not-insignificant amount of wasted time on Vazio. Beyond these, though, my biggest issue with this album was that it never felt like it fulfilled its potential. The climaxes of “Hecatombe” and the title tracks were righteous moments, but most of the record consisted of very well-written and well-played wandering. Sepulcros’s quality remains consistent, but although I never felt that this record dragged me down, I never felt that it lifted me up either. I was always ready to put the record on, and I never felt any resistance to turning it off.

Sepulcros have created an impressive debut. Though they made some questionable choices, nothing doomed the record or made this ever less than pleasing. Transcending Obscurity Records continues their run of solid releases that is going on several years now. Here’s hoping for several more years at least from this satisfying band and label.