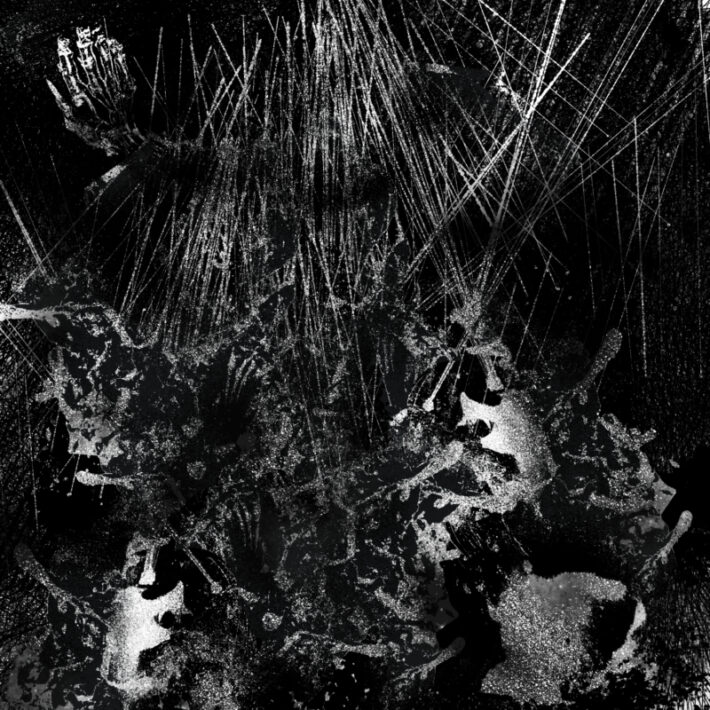 I’m not a huge grind guy. I can safely say that I prefer the deliberate riff-melody structure of death metal to the unbridled auditory assault of typical grindcore. But Knoll have cemented themselves as something entirely special. The band formed five years ago in Memphis, Tennessee, as a self-proclaimed “experimental deathgrind” band. Their debut full-length Interstice took Metal Twitter by storm last year, garnering the band a rabid cult fanbase. With Metempiric, Knoll scoff at the concept of a sophomore slump.

The opening track, “Clepsydra”, is an auditory assault that will be familiar to you if you’ve heard Interstice. Breaking up blast-beat sprints are crushing chords and obtuse, angular riffs that will form recurring motifs throughout the album. “Felled Plume” and “Throe of Upheaval” bring the energy to another level, weaving massive chug riffs and dissonant guitar into a cacophonous symphony of eardrum devastation. Metempiric feels more like a precise and calculated dissection than the haphazard chaos of typical grind. This is due in part to the impressive tightness of the performance and songwriting as well as the riffing style, which borrows from dissonant death metal as much as it does grind, and helps the album feel much more varied and dynamic.

The variation on Metempiric showcases the band’s wide range of influences. During the break-neck grind sections, you can hear the cutting, dissonant guitar work mentioned prior. But Knoll are also capable of crushingly slow and atmospheric passages as well. “Throe of Upheaval” feels like a gradual destruction, like a pneumatic press slowly crushing you until your body gives in. “Tether and Swine” features a breakdown so heavy it ventures into funeral doom territory, and the subsequent track “Of Troth to Atom” centers on a monstrous stomping riff with Jamie Eubanks’ disgusting vocals on top. The back end of the album has the outstanding track “Whelm”, which consists of one of the heaviest riffs of the year. The interlude “Dislimned” takes advantage of the band’s noise element, as well as the crooning of a lone trumpet in the darkness.

During the process of writing this review, I was fortunate enough to catch Knoll live, at a small bar in Boston. So I’ll be doing a bit of a Live Review as well. A few things caught my attention at first: most notably their ages. I knew they were a young band, but most of the members are younger than me, and I just turned 21 this month (which is why I was able to see them in a bar, haha). Knoll tours with two guitarists, a full-time human bassist who isn’t just an extra guitarist (a rarity in grind), and a human drummer (also not a guarantee in grind). Looking them up afterwards, I discovered they actually have three guitarists normally. Oh, and one of the guitarists also plays the trumpet on stage.

Vocalist Jamie Eubanks, in addition to his terrifying vocals, is also in charge of the noise machines. They had an entire table set up on stage for the noise machine, with so many pedals and knobs I got overwhelmed just looking at them. But it worked so well. The atmosphere created with the noise combined with Jamie’s unhinged energy onstage was just remarkable. Also, he still had his voice after their set, because he went straight from stage to the merch stand and sold me a shirt. I was impressed! Also, their drummer is crazy good. The whole band was tight together through their whole set, through all the tempo changes and stops and starts. These kids already play like professionals, and (half of them) aren’t even old enough to drink.

Dude, I love this album. This band is so cool. Metempiric feels more complete than Interstice, and Interstice was also super good. Their sophomore record feels more like an experience, and I look forward to reading their abstract, nihilistic lyrics. Knoll bridge the gap between hardcore, powerviolence, grind, tech-death, death metal, and noise; and everybody loves them. I love them. These guys are awesome. Truly… I’ve been Knolled.