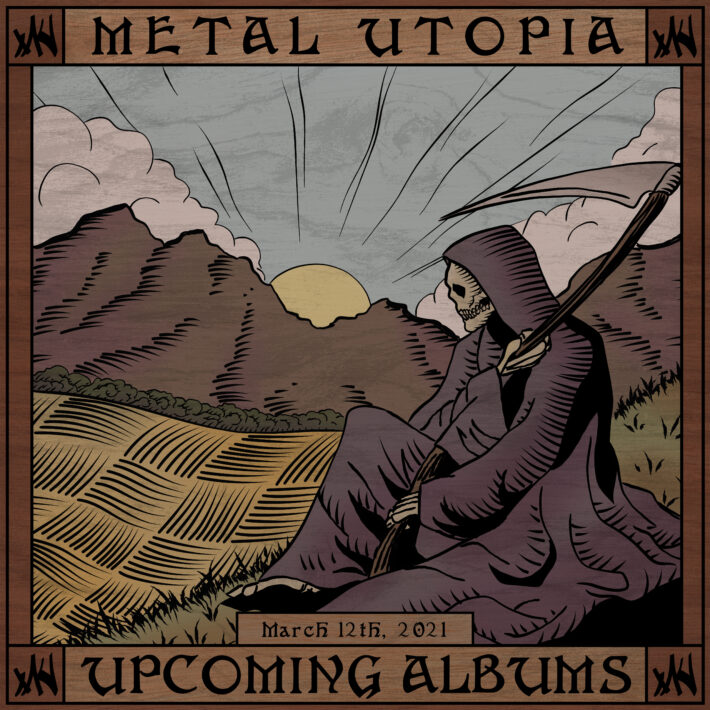 Leon and Sean are looking forward to Eyehategod’s A History of Nomadic Behavior:

You’re either well acquainted with Eyehategod or you’re not really into sludge. If somehow you’re the opposite of both these criteria then you got some homework to do. Their sixth album in their 30 years long career (and it’s a wonder that only some, not all, members of the band are dead given their biographies), they still pull off the ignominiously filthy, putridly dank and seethingly desperate sludge they were kind enough to invent for everyone way back in the day.

Arguably the most influential and consistent name in Sludge, Eyehategod have been crushing listeners for over 30 years. The bands seems to be physically incapable of making bad music so their 6th full length is sure to be highlight of 2021.

Ever since these explosive crossover thrashers burst onto the scene with their scorching 2017 demo and follow-up EPs, fans have been rabid for a full-length release big enough to showcase the band’s raw power.

Good ole Rob with his bizarre titles and psychedelic industrial metal. Now at his seventh solo album after a successful career with White Zombie, his brand both as a musician and as a director is established, so while I won’t be expecting many surprises, among his usual weirdness there might be something new as well. Plus the music has already been good, catchy, sci-fi/horror-themed stuff, meaning I’m sure I’ll have some fun at least.


Rutger is looking forward to Gnaw Their Tongues’ Spit At Me And Wreak Havoc On My Flesh:

If you’re into experimental black metal/noise and collecting LP’s, this week’s a good one, because Gnaw Their Tongues’ debut album will finally be released on vinyl. An impressive work that expresses pain, fear, and suffering, giving you an experience you won’t soon forget.