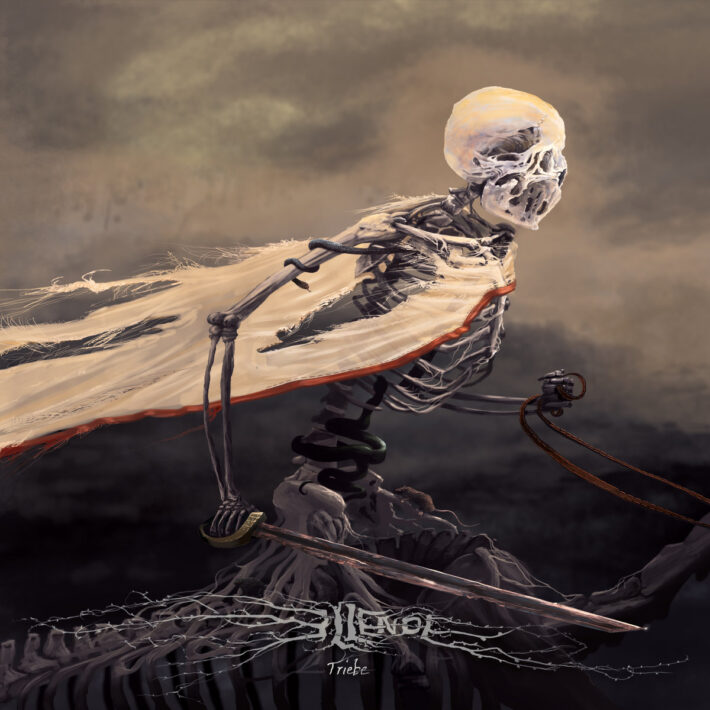 In the ten years that Ellende has been around, L.G., the mastermind behind the project, has been building an impressive discography. Up to now, he has released three critically acclaimed full-length records, and on January 22nd, he released his third EP, Triebe. Two songs on the EP are reinterpretations of Ellende’s 2014 EP, Weltennacht, and the new EP’s title track, Triebe II, is a new song that can be considered a musical ‘sequel’ to the track on the former EP.

What stands out when you compare the two EP’s is how much Ellende has developed his sound. Triebe sounds much fuller than its predecessor, and compositionally it’s a lot more balanced. Weltennacht was still an impressive release, especially considering the fact that it was only his second EP, but on this latest release, Ellende’s musical growth really becomes apparent.

The record starts with Triebe II. As the name suggests, it is a kind of ‘sequel’ to the previous EP’s title track. It starts with a quiet melody on clean guitars, accompanied by bass and drums. Slowly but surely, the energy increases, until L.G. reminds you that Ellende is actually a black metal project. Whereas Weltennacht‘s mix was quite good already, the mix on this EP sounds more professional, allowing the listener to easily get caught up in the music. In the interlude about halfway through the song, you can hear traces from the original Triebe: one of its main musical themes is integrated skillfully into this song. The music has a lot of layers, different melodies and countermelodies harmonizing with each other, making for an impressive opening track.

Those that are familiar with the previous EP will immediately recognize the intro of Weltennacht, with it’s main riff slowly fading in until it reaches full potential. Though compositionally similar, the sound is really adapted to a more ‘modern’ Ellende sound. With ambient, choir-like sounds, L.G. has made the interlude sound even more gloomy than the one on the original. The notable sample with spoken word, screaming and crying made it onto this version as well, and works as a bridge between the interlude and the following passage, with the main theme playing on distorted guitars over energetic drumming.

On Zwischen Sommer Und Herbst, L.G. has also updated the instrumentation. There’s still the same melodies, but the acoustic guitars from the original have been replaced by clean guitars and there are more instruments playing, giving it a fuller vibe. The low-pitched strings make the song even more melancholic, and the overall instrumentation is perfectly balanced, creating a beautiful atmosphere. At the culmination of the track, L.G.’s agonizing screams can be heard, piercing your soul and making for an impactful finale.

In conclusion, Triebe is yet another impressive release that L.G. can be proud of. The rework of 2014’s Weltennacht has shown how much the project has developed its sound over time. Not just sound-wise, but also compositionally, Ellende has proved to have matured: there’s still ‘sudden’ changes in instrumentation and atmosphere, but it’s more balanced than on the early releases. Whether you’re new to the project or want to relive some memories, it’s highly recommended that you check out Triebe.