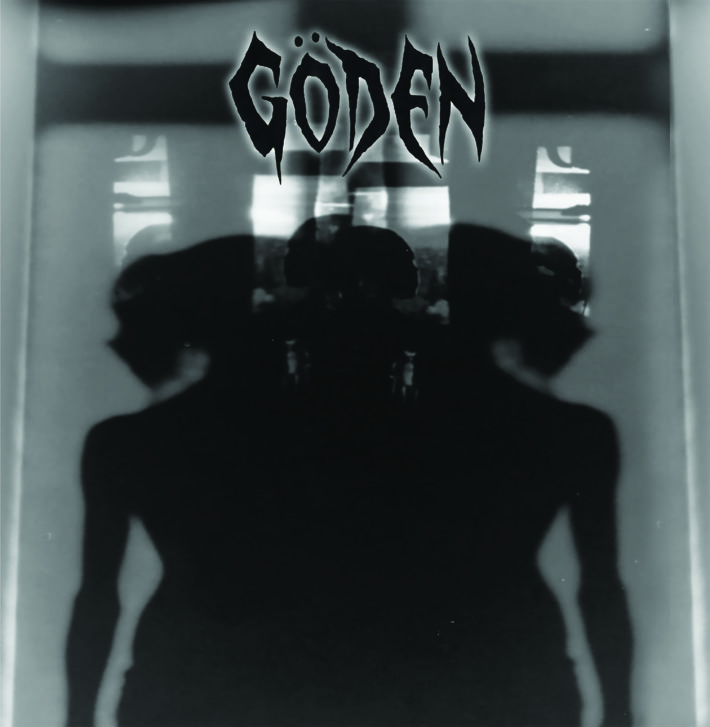 Have you ever made a mistake and regretted it before you were done making it? A sense of resignation washes over you, bathing you in a feeling of confused regret as you wonder why on Earth you just started doing whatever it is that you’re still doing. This doesn’t stop you, of course: You continue full speed ahead, sometimes even picking up steam as your eyes stare wide open at the brick wall in front of you. That’s how I felt when choosing to review Goden.

Goden’s debut album Beyond Darkness is the “spiritual successor” to the landmark Winter album Into Darkness from 1990. If you haven’t heard of it, Into Darkness is a massive, dark, depressing, landmark death/doom album that is highly influential, extremely well-received, and in this reviewer’s opinion, slightly overrated. It wasn’t bad, it just can’t hold the weight that thirty years of influence have placed on it. Beyond Darkness picks up where Into Darkness left off, with better production and a more expansive sound. The guitars are deep and heavy, and everything moves at a snail’s pace. Single drum hits reverberate throughout the album as each bass drum hit pounds you in the chest and demands you acknowledge it in the ensuing expanse prior to the next hit. If it sounds like I’m just describing a typical death/doom album, maybe I am. But Goden is composed of some of the people that made the style work. They have probably earned a death/doom album played straight.

There is no avoiding Beyond Darkness’s flaws, so let’s just jump in: Beyond Darkness is over 70 minutes long, and I have the stamina for about 40 minutes of it at most. This album has the smell of a band that had no editorial oversight. Everything goes on for as long as the composers desired, and then continues to go on for minutes beyond that because why not. Getting through Beyond Darkness is a long journey, and it’s one that I had no desire to go on.

With this slow, relatively quiet style of death/doom, the atmosphere makes or breaks the album. Goden has attempted to overload the length of Beyond Darkness with sinister…well, darkness. The long songs are a descent into hell, and once you’re there, spooky spoken word interludes inform you of how gloomy everything is while a haunting wind slithers by. Unfortunately, once this atmosphere breaks, it breaks spectacularly. Beyond Darkness ends up sounding less like the whispers of hell and more like music playing over the speakers of a Halloween store open only in January.

If you can get past those issues, though, there is an incredible album hiding in the shadows. Even though I didn’t really like the atmosphere, it was entirely enveloping. While you listen to Goden, all other music fades to nothing and only this album remains. This feels like ancient music, written by old, wizened hands. The promotional material claims that Beyond Darkness is “a conceptual deep dive into wildly unexplored and unknown sonic territory.” That is, of course, a blatant lie, but the members of Goden are able to write in such a complete form that it feels as good as true. Whether you hear the “unmapped shadow world…opened in our nightmares” that was intended, or the background music to an intoxicated person dancing around in a cheesy skeleton costume, Beyond Darkness is a complete package that leaves the listener feeling like nothing was missing.

Why did picking up Beyond Darkness feel like a mistake? I simply was not the target audience. This feels like an album for people who have been listening to Winter for decades, and for those people, this must be extremely rewarding. But that’s not a perspective that I have. Beyond Darkness was not an album for me, but I suspect that it will be some people’s favorite album of the year. Even the aspects of the music that I didn’t enjoy managed to grab me and maintain my attention. Winter’s Into Darkness spent decades alone, but this is a worthy companion.