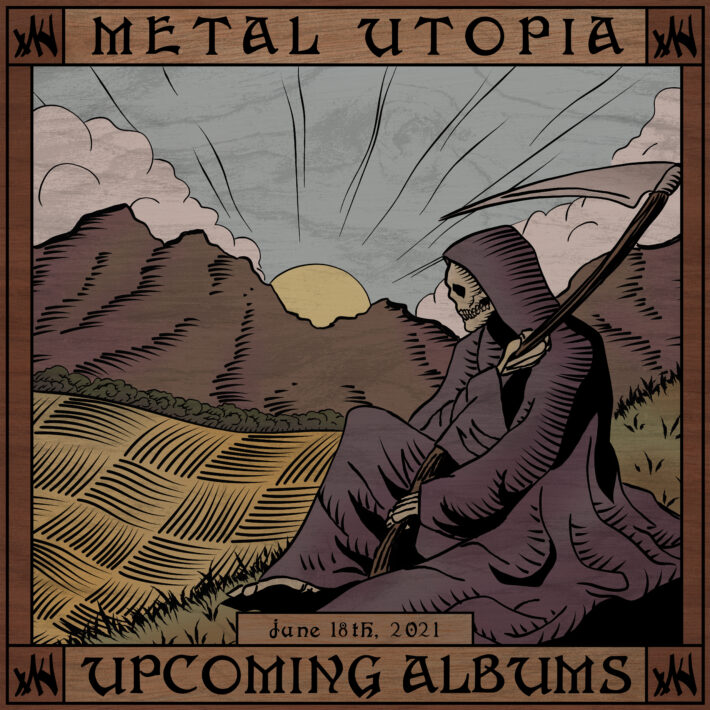 The singles showed great promise (esp. the one with Johannes Persson) so get yourself some quality post-metal.


Heavy Temple have been active for a while yet only now releasing their debut. Some really compelling psychedelic stoner doom.

Few albums could ever hope to generate as much anticipation as this one. An ambitious project, featuring not one, not even two but three singers, all three authors of a significant portion of the band’s illustrious history and all three equipped with great talent (and the ego that follows); also, one of said singers is literally the prodigal son returning home. The stakes couldn’t possibly be higher, especially after decades of uneven results. This album could be a huge failure or an enormous success, but from what I’ve heard I think it’s going to be the latter.

French black metal trio Archaeopteris release their debut EP this Friday. The first of the two eight-minute dissonant black metal tracks already sounds intriguing, so I’m curious how the full EP will be.


Sean is looking forward to Eye of Purgatory’s The Lighthouse:

I’m not gonna act like I know anything about this band because I don’t. I came across the single , Fornever to Awaken, and what I found was some really cool death metal, albeit a little heavy on the synths, that walks a line between heavy and melodic that I luke quite a bit. Seeing as I have only heard the one single my enjoyment of the full album could go either way, but I would be lying if I said I wasn’t intrigued.