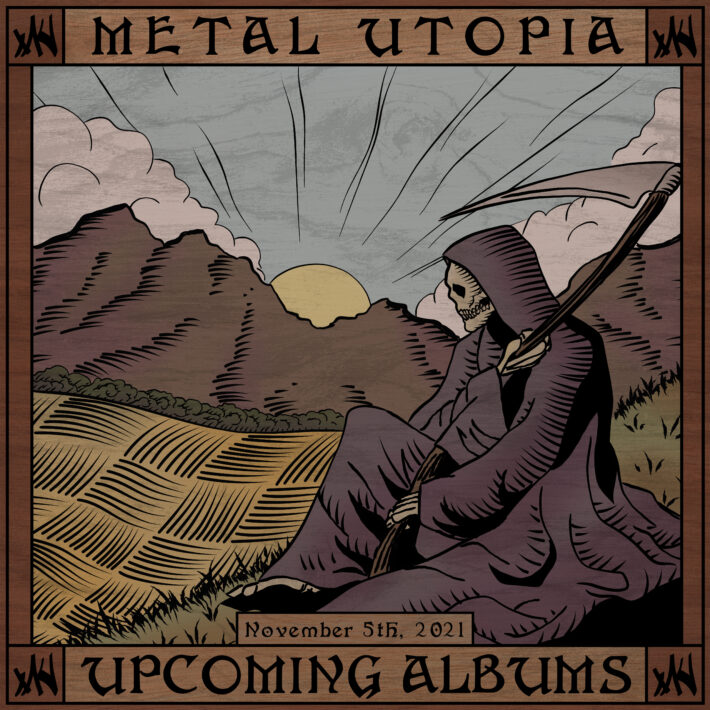 2019’s “Disgorged from Psychotic Dephts” was a treat of absolute filth and a notable release in the kinda-sorta new wave of death doom. No less is expected this time.


Their last release, “Hammer of the Heretics” was a piece of utterly pulverizing, runious death/black metal. Expect more.


Ayloss of Spectral Lore’s side project, only instead of intricate and detailed atmospheric black metal we get some full-on rawness. At least production wise – below the murk you can still feel Ayloss’ songwriting talent.

Two years ago, “GastiR” was an album that I thoroughly appreciated for its atmospheres and the musical landscapes it depicted. While this new work is just an EP, a format I’m not completely sold on when it comes to this kind of music, I think this is the perfect season to enjoy new music from Gaahl.


If you already know this avant-garde metal/swing ensemble, then you know why it’s so hard to describe what it actually sound like. If you don’t know it, the band advertise itself as “riot-opera”. Whatever the labes, D:S:O is one of the strangest, craziest band out there, mixing swing influences and odd time signatures with metal, and the music it puts out is a crazy trip at every spin.


Rutger is looking forward to Anomalie’s Tranceformation, and Vvilderness’ As Above, So Below:

Three years after his previous EP, one-man post black metal project Anomalie releases his fourth full-length, Tranceformation. It’s a step further in the evolution of the band’s sound, and thos who liked the previous two releases, will definitely be happy with the new one.


Hungarian shoegaze/post-black solo project Vvilderness posted that this Friday, a new album will be released. No further details were given, except that it will be a more guitar-driven album, with almost no synth sounds. Since the previous two releases had quite a lot of synth, I’m curious to hear the band’s new sound.