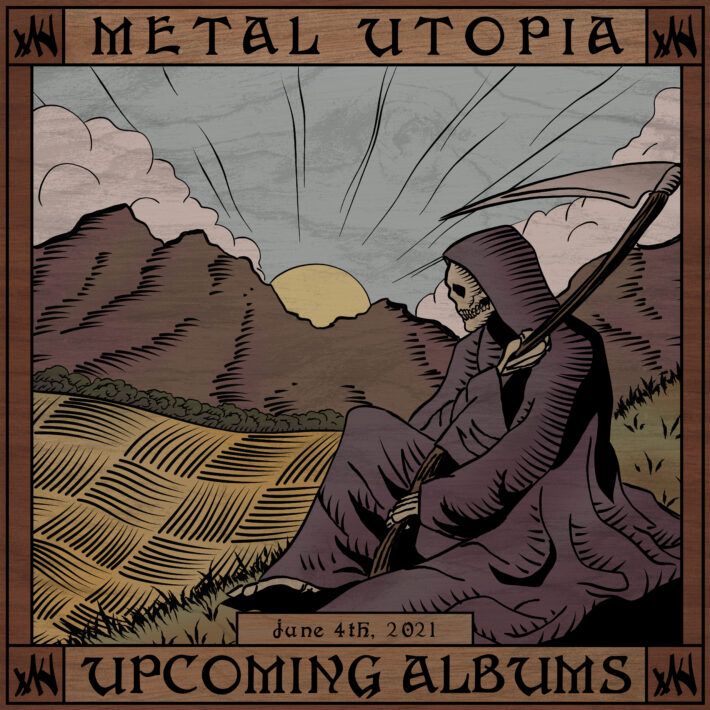 Chaz is looking forward to Starlight Ritual’s Sealed in Starlight:

It’s Relapse’s darling, Red Fang out with a new record. People weren’t really keen on their last one, 2016’s “Only Ghosts”, but I liked it. This one presented itself with singles that had some… interesting production choices, but we’ll see when the full thing comes out.


It’s Maurice de Jong again with one of his many side-projects (you might know him best from Gnaw Their Tongues) here to wreck your brains again with his utterly unapproachable experimental metal. Some noise, some industrial, some black metal, some whatever the hell Maurice feels like.


A band that made some excellent symphonic black metal back in the 90’s/early 2000’s, reappears out of nowhere sounding like it hasn’t lost a single bit of quality. Yes, please.


Pssst, hey kid. You wanna listen to some gnarly stoner-prog? Say no more. Boss Keloid got you covered.


Rick is looking forward to Rhapsody Of Fire’s I’ll Be Your Hero EP:

As much as it is difficult to keep up with all the various incarantions of Rhapsody, I still love them dearly and I can’t resist their baroque melodies and solos. The latest album was kind of a hit and miss though, so I hope that these new songs bring some redemption.


Rutger is looking forward to Van Canto’s To the Power of Eight:

Though I don’t listen to Van Canto too often, their way of translating metal to a capella music (only accompanied by a drummer) always impresses me. So I’m curious to hear the new material on this record.