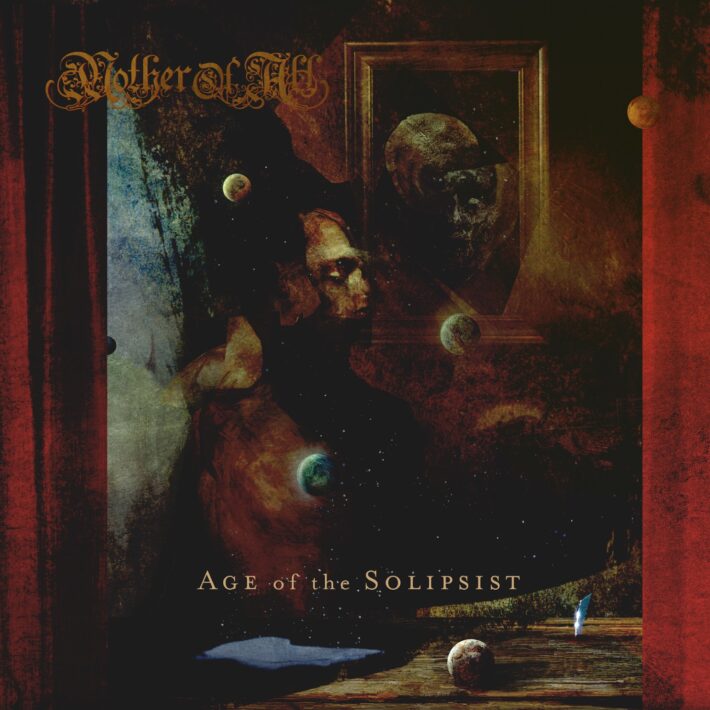 One question always pases through my mind when I begin to formulate my points for these reviews: “is it just me?” Do melodies I’m calling out actually sound appealing to a large number of people, or is it just me? Does a record actually miss the mark, or is it just me? Most of the time,I solidify my thoughts as I continue to listen to an album, and even if it is just me, I still feel confident enough to give my words. Mother of All took much longer than usual to reach that point.

Age of the Solipsist is the debut full-length from Denmark tech death/melodeath band Mother of All. The only full-time member of the band is vocalist and drummer Martin Haumann, but he surrounded himself with talent for this release, including Steve Digiorgio of Death and Soen fame on bass, and Hannes Grossmann of every death metal band ever as a producer. Mother of All plays a style of tech death that reminds me of a more laid-back Beyond Creation or Inferi with a focus on melody. Mother of All also replaces more brutal elements of the genre with something that sounds like metalcore if you squint at it in the wrong light.

So, those melodies. They work well. Every track sounds crisp and straight forward, which allows the listener to focus on the entertaining choruses and riffs. As a combination of this melodic focus and starting on the cleaner side of death metal, Age of the Solipsist sounds more like its melodeath brethren than most technical death metal for a majority of the record. From the melodeath paradigm, Age of the Solipsist works just as well as it does as it does as a tech death record. Any album that combines technical prowess with engaging melodic lines deserves attention.

Everything on Mother of All bursts with energy. The good tracks remind me of Aephanemer with their combination of concise songwriting and forward movement. Like Aephanemer or Alkaloid, the quiet moments allow their song or the album in general to rebuild. In order to have energetic moments, you need to build, and Mother of All sounds fantastic while building their songs. Additionally, Age of the Solipsist doesn’t last too long. I always felt surprised when the final drum pattern of “Feel the Pain” ended and nothing started up afterward. The brevity made this record leave me with a good memory after each listen.

And yet, I had some trouble with Age of the Solipsist. The technicality impressed me, the melodies invigorated me, the memory felt pleasant. I still struggled to return to Mother of All, and only did so for the purposes of this review. Despite all of the good moments, it felt like something important was fatally missing. So the question follows, is this caused by some flaw of Age of the Solipsist that I haven’t yet discussed, or if this record simply wasn’t the right one for me recently.

Or maybe it’s just me. Age of the Solipsist is a fun and engaging techy melodeath record. You’ll want to check it out if you are in any way a fan of these genres, unless you’re a stickler for the dissonant stuff. Mother of All hasn’t made one of my favorite records of the year, but still this is a solid release. Despite my struggles with this record, it was still an impressive debut. I look forward to the band’s next release.