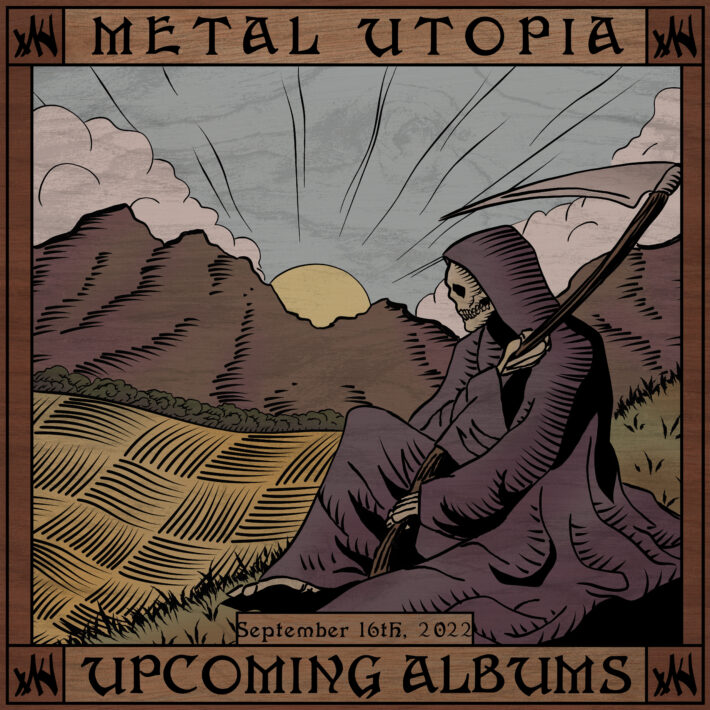 Fargo, North Dakota boys coming out with their debut full-length of cavernous, neck-breaking death metal. These dudes are going to be huge.


The highly-anticipated sophomore full-length from Boston, Mass death/doom outfit Innumerable Forms. Been looking forward to this one for a while.


Some space-y heavy metal from Philly’s Sumerlands. Featuring members of Eternal Champion, Dream Unending, Innumerable Forms, and Magic Circle, this could stand to be a massive release.

I am not Behemoth’s biggest fan but as a casual listener I do enjoy the music – and after seeing them live at this year’s Wacken my interest has grown.


Terra Atlantica’s steampunk atmospheres, matched with their epic, high-octane power metal melodies, caught my heart since their excellent second album published two years ago. The singles have contributed to my hype and as of now I cannot wait to hear this album.


Run-of-the-mill melodic death metal as it may be, from the songs I’ve heard so far this is the perfect album to welcome the coming of lower temperatures.


Greek black metal is always a step ahead, for me at least. Maybe it’s the meeting of Eastern European and Arabic atmosphere, maybe it’s its more solemn nature, or the greater attention to melodies… it just hits different. And these guys check all of the boxes. If you like Rotting Christ and (the original) Batushka, then this is an album you should be excited for.


Rutger is looking forward to and Behemoth’s Opvs Contra Natvram:

Even after The Satanist, I quite liked Behemoth previous record. The singles for their upcoming record haven’t made me as hyped as I’ve been for earlier releases, but I’m still looking forward to hearing them in the context of the full record.