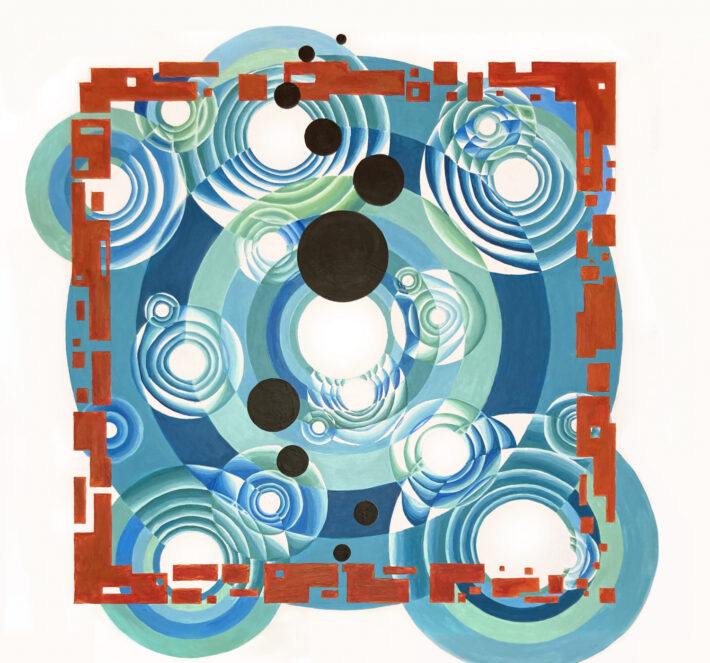 Titan To Tachyons’s pedigree stands out, at least within the weird metal world. Featuring ties to, among others, Imperial Triumphant, Mr. Bungle, John Zorn, and Cleric, the members of this jazz metal pseudo-supergroup headed by the excellent Sally Gates have one thread that ties all of their musical journeys together: make it weird. This band’s first full-length release, 2020’s Cactides, is an excellent blend of jazz and metal from masters of both that immediately grabbed my interest and has gotten regular listens from me since. My anticipation for Vonals was through the roof.

For newcomers, Titan To Tachyons have a take on jazz metal entirely different from bands such as Ephel Duath or Imperial Triumphant. The music on Vonals is primarily instrumental jazz with some slight metal influence for spice. This album, while clearly partially composed ahead of time, flows freely and is made to sound improvised at times. Like something closer to a jam session than a Dream Theater record.

Titan To Tachyons are masters at their crafts. Every member has excellent command of tone, and uses this command and small shifts in their sound to push phrases forward. While this band is talented in terms of articulation, speed, and every other aspect of performance as well, this tonal control really pushes Vonals over the top. They sound however they want at all times. This control increases the tension in the layers of long distorted notes or in the singular clean guitar line. You know that the music will shift again to the more metallic sound, but you don’t know how or when. Vonals contains a shocking amount of variety, and it is all beautiful.

Loud, pubcrawl moments and ethereal, contemplatively quiet sounds are equally well-performed. Titan To Tachyons shifts brilliantly between the two. Most bands will have some difficulty playing outside of their established and practiced style, but for Titan To Tachyons, what counts as practiced appears to be almost anything. Even “Close The Valve And Wait,” which smells suspiciously like an interlude and features long, droning guitars, sounds far more interesting than it has any right to. Titan To Tachyons don’t just fill time. They extract interest out of every precise note.

As for what’s missing, I just want more insanity. Titan To Tachyons often sound restrained, and while they sound excellent doing so, just a few moments where they truly burn the studio down would have been wondrous. And while I loved every moment of this record, some additional passages or songs with more metal focus would have been great. Titan To Tachyons also tend to go back over old tricks, making songs meld together. Vonals is less a collection of well-contained songs and more one long experience split into sections.

Vonals fails the Brian Eno test, hard. While this music is excellent when you’re paying attention, using it as a background soundtrack to your life doesn’t work. Most of what makes this record work can pass by unnoticed if you’re not focusing on it. Between this and the somewhat specific musical influences, Vonals won’t be for everyone.

Titan To Tachyons have made a worthy successor to Cactides. The performances are excellent, the songwriting is fascinating, and together they are greater than the sum of their parts. Titan To Tachyons use the full scope of their instruments, talent, and flexibility, and the result is some of the best music I’ve heard this year. While Vonals won’t appeal to everyone due to the lack of vocals and the somewhat niche combination of genres, I can’t imagine anyone who is interested in jazz metal not enjoying this. Sometimes bringing together groups like this doesn’t work as you’d think it should. For Titan To Tachyons, this gathering of talent achieves greater success than I had hoped.