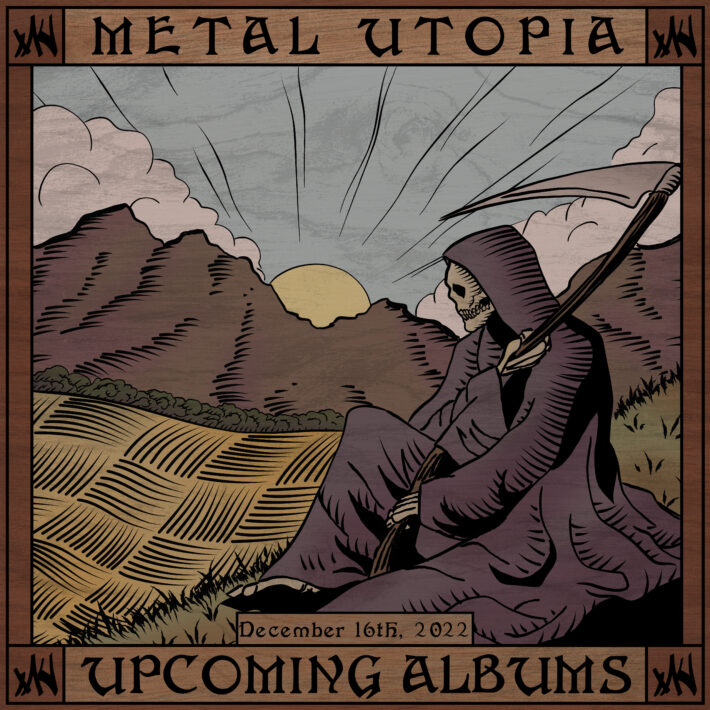 Jared is looking forward to and Legendarium’s Death’s Hand in Yours:

This is my buddy’s album. He’s a killer guitar player who writes some awesome heavy metal with tinges of melodeath and goth rock. I’m biased, but this album is killer. He was gracious enough to offer me a guest spot on the album, so look out for me on the saxophone!


Rick is looking forward to Legendarium’s Death’s Hand in Yours, and Titans Wrath’s Will Of The Beast:

This project from the Netherlands comes packed with killer riffs crossing the bridges between heavy metal and melodeath. If you are looking for something bursting with raw energy but with a keen eye for melodies, do not miss this one.


Nevermind the ugly album cover, this EP – the band’s second – is simply thunderous. A roaring voice, low and yet gritty, drums like the bells of a cathedral and heavy melodies with some reminiscences of old school power metal. Unashamedly I will admit I was blown away by this small release since the very first second.

Harakiri for the Sky re-recorded their first two albums and will release it this Friday. I’m looking forward to hearing their old material in today’s production!


Dutch Sludge/Doom metal band Onhou release their second full-length this Friday. The singles are promising so I’m curious to hear the full album.