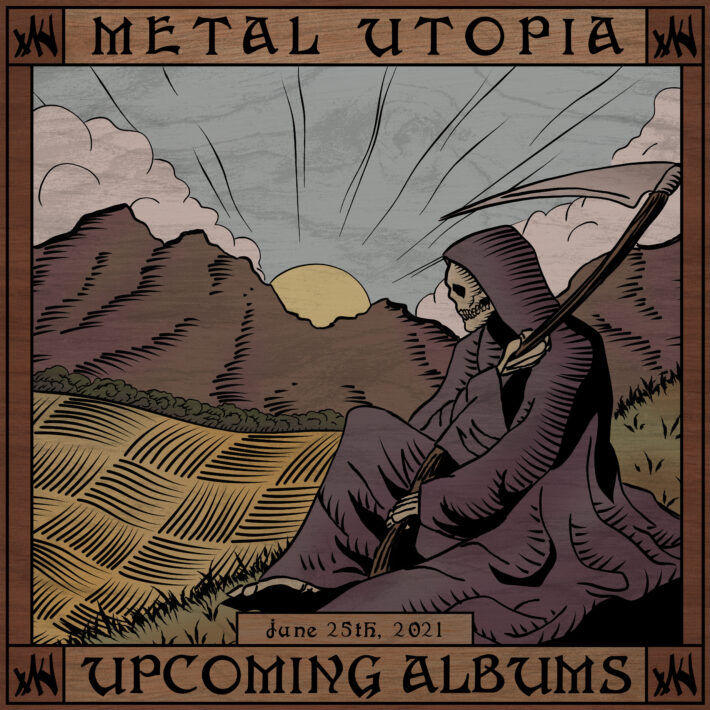 Rutger and Sean are looking forward to Amenra’s De Doorn:

Belgian doom/sludge band Amenra release their fifth full-length. As opposed to their critically acclaimed earlier albums, this one will be in Dutch, making it extra personal for the band members. I’m curious to see how this new dimension translates into music as well.

Belgian Post-Metal act Amenra are easily one of the most consistent bands in the genre. Their brand of heavy melancholy is unique to the band and they seemingly get better and better with each release. This is sure to be a truly great album.

After 2019’s absolutely incredible “Love Exchange Failure”, White Ward grace us with this short EP to keep us occupited before their next big thing. It’s a bit more straightforward black metal than their usual style, but with a nice twist at the end. We’ve yet to hear the second song of the EP, but I’m sure it’s a banger.


You need your fix of early Emperor worship? Look no further. A bit better produced than the last record but still decently raw.

Black metal with Middle Eastern influences is the kind of label that gets my full attention immediately, and Saratan’s music did not disappoint me. With Evocative melodies and harsh riffs intertwining, this trip to the ancidnt kingdom the album is named after sounds incredible


Rutger is looking forward to Thy Catafalque’s Vadak:

With Hungarian one-man project Thy Catafalque, you never know what his next release will be like. Vadak will be the tenth full-length in his already astonishing discography. The singles are promising, so let’s see how the full album will be.

Darkthrone are the masters of reinvention with albums varying vastly in sound while always sounding truly Darkthrone. In what the internet has deemed as Doomthrone, the band seems to be going in a direction that is pure Candlemass and Saint Vitus worship this time around and I’m here for it.

I’m reviewing this album so I’m not going to go into too much detail, but I had to mention this one. Slow, heavy and disgusting Death Metal via 20 buck spin, a label that seems incapable of releasing bad music.