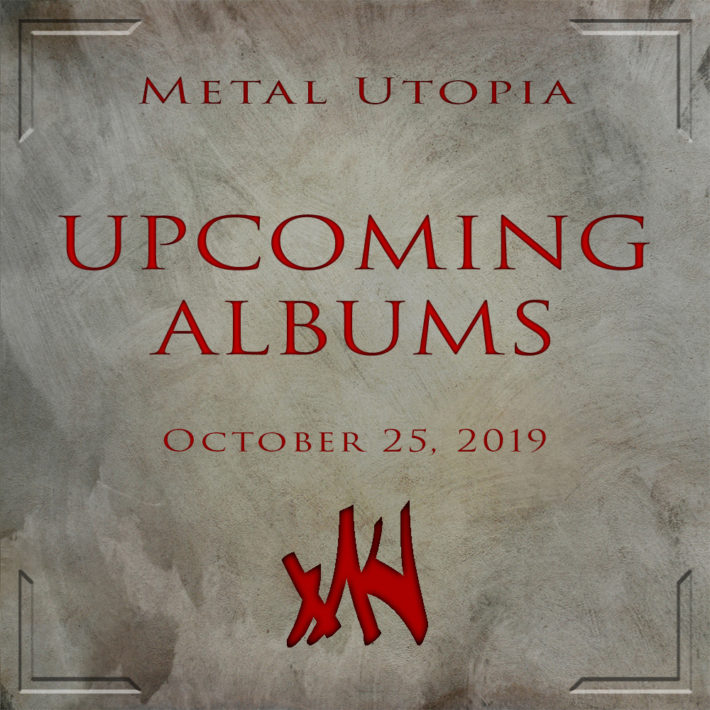 Alcest are back to add to their flawless discography. From the reviews I’ve seen, this record is apparently their best work yet and I am beyond excited to hear what one of the most influential artists in the blackgaze have to offer this far in their career!


FFAA have known to drop the heaviest tracks that are also melodic as hell. Although politically charged, the lyrical content perfectly fits the sound of the music. This band is outright pissed and demands change in our society and in our governments, otherwise our world will not last.


Jinjer have been blowing up like no other band this past year. With the massive success and popularity of the live session of Pisces, everyone has been fully on board with this incredible band. I hope you like your prog metalcore thick and chunky, because that is what you’re going to get from Jinjer.


Leprous will always be one of those bands that can create any kind of music they want and I will wholeheartedly support them regardless. The singles so far have been very polarizing in which it sounds like an Einar-solo project at first, but it is still very Leprous. I am fully on board with whatever they do because no one sounds like them and no one ever will!


Polar Similar was an absolutely fantastic southern/chaotic metalcore record and now they’re here to follow that up. These guys are absolutely legendary and have some of the nastiest metalcore songs out there. In case you’re curious, the single, Landslide Defeater, has a breakdown where one of the guitarists uses a knife to scrape all the strings to create this monumental string scrape sound. Norma Jean are in a league of their own.


After already releasing Life Metal earlier this year, I was very pleasantly surprised to hear that we’d be getting yet another record from the drone metal masterminds behind Sunn O))). The metal gods have been incredibly generous to us mere mortals this year.

Dawn Ray’d is back with another dose of “battle hymns for the class war”, following up their crushing sophmore album The Unlawful Assembly. If the few singles the band has put out are any indication, this album is going to be more raw, more angry, and the perfect soundtrack for the coming revolution.


Leon is looking forward to Hour of Penance’s Misotheism, Orodruin’s Ruins of Eternity, and Rings of Saturn’s Gidim:

This band is basically Fleshgod Apocalypse without symphonics (Francesco Paoli was even in it for a while). If you want some straightforward brutal death in that vein, go for it. They’re pretty good at it too.


A doom metal cult classic way back in 2003 and then almost nothing until now? Here’s hoping to another successful doom comeback album.


I mean, if you ask me this band is meme-tier. Still, I give their new records a spin to see how far the boundaries of wank have been pushed.


Rutger is looking forward to The Great Old Ones’s Cosmicism:

The Lovecraft-inspired post-black metal band from France are back after two years with another full-length record. Definitely worth checking out if you liked their previous record or if you’re curious in general.