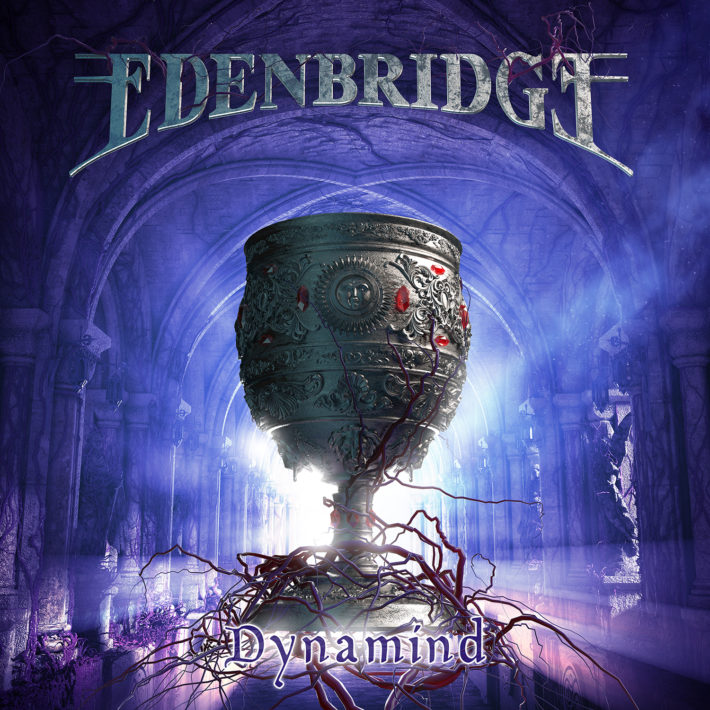 Edenbridge has been around for a while. In some ways, that’s great: the band (presumably) knows how to write music for themselves. There is a lower floor to how bad one can reasonably expect a band’s eighth or ninth album to be (And no, that floor is not set at Illud Divinum Insanus. That album defies all reason). Unfortunately, sometimes later releases find a band safe in their sound: They know what they can play easily, and are happy enough to continue to do that without improving or fixing their weaknesses. Inertia can set in. If a band gets bored of themselves, the listener has no chance.

The best aspect of Dynamind are the catchy choruses. Almost every chorus on Dynamind is simple, catchy, and seems to evolve naturally from the rest of the song. Even in its worst moments, Dynamind is kept at least listenable because of this. Edenbridge seem very aware of their strengths and weaknesses: This is an album that remains comforting and welcoming throughout, and the consistent quality of the choruses play a large role in this. The songwriting on this album stays competent and safe the entire way through.

There is a surprising variety of songs on Dynamind. There is a jig-like song, a pseudo-proggy track, horn sections, and plenty of other sounds that keep the album varied. In a symphonic metal album this shouldn’t exactly be surprising. However, These sounds add a nice change of flavor to songs that sometimes desperately need any change they can get.

Unfortunately, Dynamind can be a bit paint-by-numbers at times. Even with that variety of sounds from song to song, the whole album sounds like something that one would expect Edenbridge to put out, rather than something that the band was passionate about. Yes, the choruses are great, but the listener gets the sense that they were only given enough focus to do so because it was expected on a symphonic metal album.. Having a jig or a twelve minute song occasionally is nice, but it doesn’t make up for a lack of songwriting variety or passion.

There is not enough emotion on Dynamind. This is unfortunate, because it feels like the songs were written to showcase the vocals of Sabine Edelsbacher. She has a great voice and is an impressive singer, but the needed emotional impact just isn’t there. The promo material claims that there is “an important emotional-spiritual side” to this music, but I just can’t seem to find it anywhere. The upside to this is that if you connect with the music better than I do you’ll probably love it. It sounds like this could have been a great album if Edenbridge had successfully captured the passion that they were apparently aiming for.

I wrote earlier that the songwriting is always at least competent, but that is damning with faint praise. Even when everything seems to come together as well as it can, nothing really stands out as being any better than somewhere between acceptable and good. The climax of the album, the twelve minute long penultimate track “The Last of His Kind,”  doesn’t really feel like the band was pushing any limits anywhere. Does it deserve its length? Sure. I guess it doesn’t drag or annoy the listener at any point. At no point is the song excessively boring. It’s competent, like the rest of the album. But it feels too much like it was written to cross off an “epic album climax” checkbox on the list of features to include on this album that it sounds like the band went into the studio with. It works, but don’t expect anything more than that from it.

Dynamind is like a Toyota Echo. It will function well, give good mileage to those who use it, and do everything that it is supposed to do well enough, but at the same time, it’s still a Toyota Echo. If you can do better, wouldn’t you want to? There has to be someone out there for whom the emotional side of the album will click, so I recommend checking out the lead single to see if it’s you. It definitely isn’t me, though, and without the emotion or a sense of passion in the music, all the catchy choruses and competence in the world won’t make this album worth coming back to.