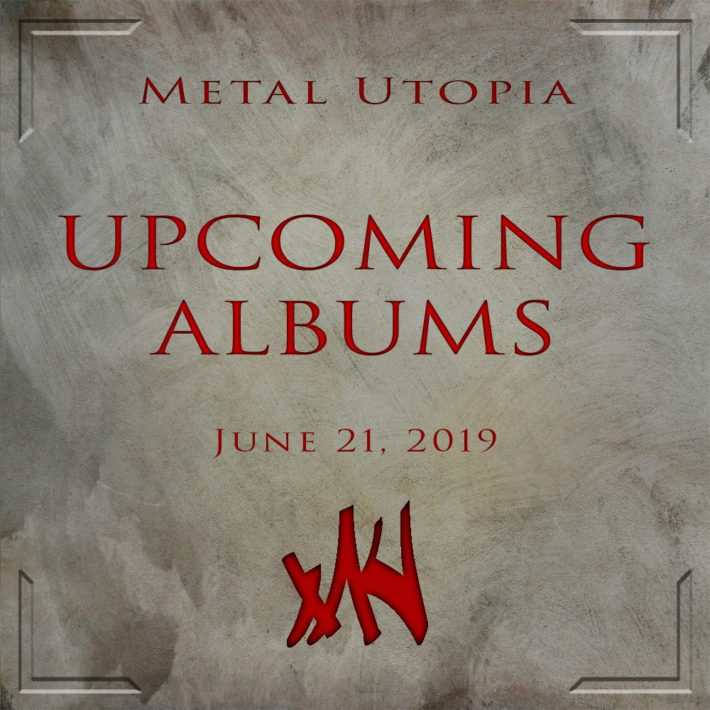 Darryl is looking forward to Memoriam’s Requiem for Mankind:


JP is looking forward to Glare of the Sun’s Theia, and Howling Sycamore’s Seven Pathways to Annihilation:

The singles released for this record really piqued my interest, especially hearing the beautiful blend of post-metal, prog, doom, and shoegaze. I just know this entire album will be a great experience as a whole given the nature of the singles.


Howling Sycamore is a really obscure three-piece avant-garde progressive death metal band. They released an incredible album just last year and are already back again with a new album. It is worth mentioning that Hannes Grossmann is behind the kit for this group. Prepare yourself for a very weird yet satisfying and genre-defying listen.


Leon is looking forward to Abyssal’s A Beacon In The Husk, Flesh of the Stars’s Mercy, Gygax’s High Fantasy, and Opthalamia’s II Elishia II:

Abyssal’s 2015 album “Antikatastaesis” was heavy as fuck, completely dense death metal with not a sliver of air to draw breath. It was also probably one of the best metal albums of the year, finding itself on many lists. Let’s hope Abyssal can make some more lists this year.


Flesh of the Stars are kings of the long-form. Their 2017 album “Anhilla” was one of my favorites of the year, an album separated into 7 seven songs when it really didn’t need to be. You start it, you finish it. That’s how good their atmospheric/psychedelic doom craft is.


The band’s named after Gary Gygax, the guy who originally came up with Dungeons & Dragons. There’s no need to hide. We’re all nerds here. You know you want to hear this killer fantasy hard rock.


Does anyone remember Ophthalamia? You could probably count those people on the fingers of one hand. Still, they’re one of the oft forgotten members of the early Swedish black metal scene which developed in parallel with the Norwegian one (guess there wasn’t any murders so all the attention went to Norway). But it still had many just as good releases, Ophthalamia delivering some of them. This is a compilation that might bring their work to new listeners.