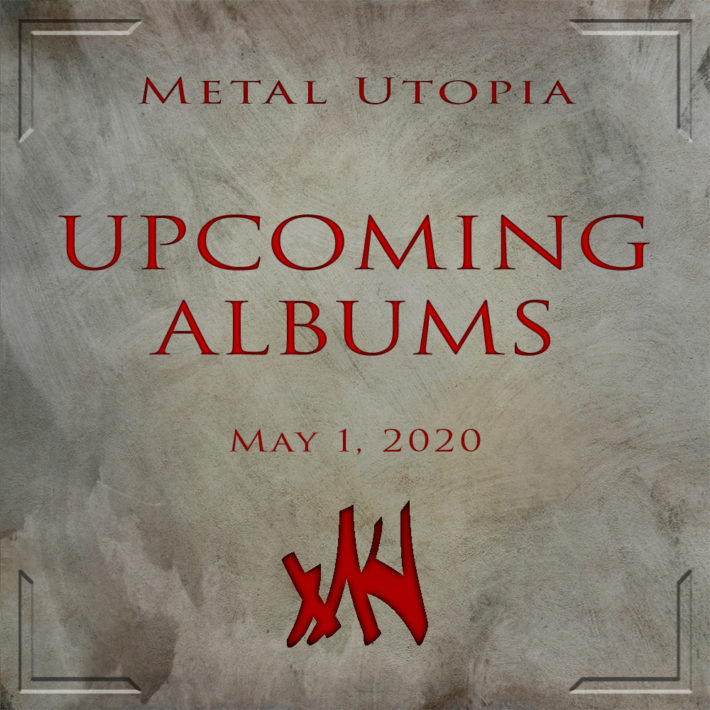 JP is looking forward to Umbra Vitae’s Shadow of Life:

This supergroup features Jacob Bannon from Converge alongside members of Hatebreed, The Red Chord, and Job For a Cowboy, delivering a blistering death metal assault with their debut record. This record is going to be incredibly filthy and will hold me over until new Converge material releases as well!

This US up-and-coming band has been making a name for itself, with a groovy melodeath sound and, on the latest singles, synths added to the mix. Their previous album, Tarot (2017) was quite successful and showed what those guys could do. This new record is set to demonstrate that Aether Realm is here to stay.


Rutger is looking forward to An Autumn for Crippled Children’s All Fell Silent, Everything Went Quiet, Golden Ashes’ In The Lugubrious Silence Of Eternal Night, and Make Them Die Slowly’s Ferox:

Three-headed post-black/shoegaze release their eighth full-length to date. Their sound has always been unique, so I’m curious as to how this record will turn out.


This synth-heavy black metal/drone record is highly recommended if you want something ambient, yet intense. It’s gonna be great.


Make Them Die Slowly has been promoted on Anaal Nathrakh’s social media, making many people think it’d be AN’s next album. However, it seems it’s a whole new band, that’s gonna release one hell of an intense record.


Sean is looking forward to Fluids’ Ignorance Exalted, and Vader’s Solitude in Madness:

Fluids made a splash with their debut past year and this follow up EP looks to continue the bands hot streak. If you’re aware of the Maggot Stomp roster than you should know exactly to expect, and if you’re not then go catch up.


Polish death masters return with their 16th studio album. While they may not be at the level of quality they once were, they have yet to put out a bad album. Plus this was the last band I was able to see before the world got put on hold so I’m interested in seeing what they got on this go ’round.

Emerging from an eight year slumber since their last full-length album, Swedish melodic black metal veterans Naglfar are set to unleash this promising return to form. From the cataclysmic title track that the band has already teased, this album should appeal to anyone still feeling the void left by Dissection’s absence.