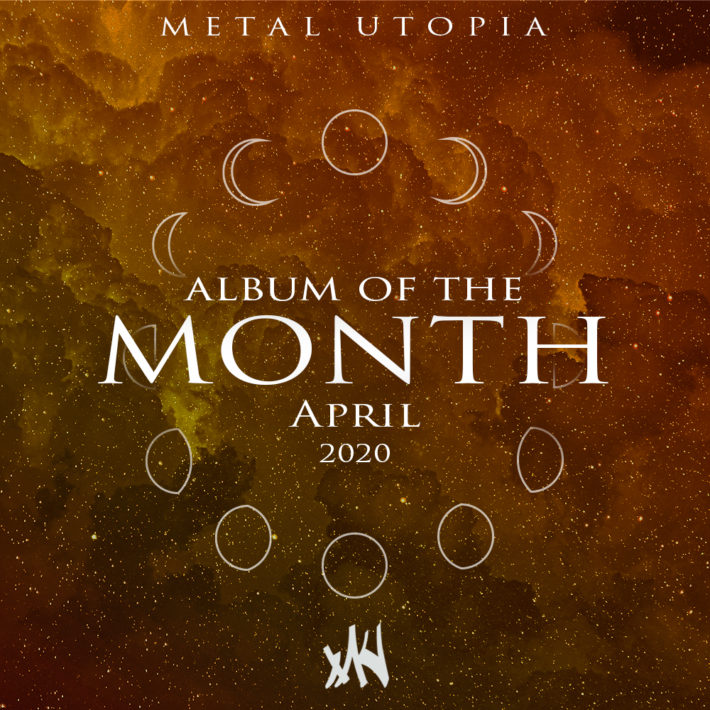 This month was tough and there were a ton of great releases. I could have very easily picked the new Testament or the debut from Thy Dying Light, but Colony Collapse keeps pulling me back in. This is Death-Grind done right and it’s just plain fun. Also, I dont think you will ever find another grind band that utilizes singing bowls and this is worth a listen for that alone.

Elder, Dark Forest, Black Curse, and Warbringer all released albums that might have been my favorite release on a normal month, but Ulcerate blew them all away. Their new album is simultaneously crushingly dissonant and heavy while also being atmospheric and melodic. Deep into a career of excellence, this might be their best release.

Ulcerate have created a truly haunting, bleak, and truly unique listening experience with their newest record. They break the mold on what is expected from technical death metal and put their own twist to create something that is far from forgettable. This will easily be one of the records to beat this year.

These doomsters from the UK know how to write an interesting album! The clean passages, which occur quite often on the record, really make the heavier parts pop, giving the record a lot of variety. If you’re looking for something relaxing, yet intriguing, I recommend this one.

Confession: I wasn’t a big fan of Reflections, which I felt was a bit aimless, especially after the superb Lore. But Elder subtly reinvents themselves with each album. This one mobilizes the best of previous two, giving us probably their best work yet.

Dystopian psychedelic black metal that’s as entrancing as it is chaotic. This band is never shy to experiment, and here we have what may be the Finnish group’s most focused and densely discordant effort yet. Oranssi Pazuzu have once again created something with heft from a universe all their own on Mestarin Kynsi.

A well-balanced album, focused not so much on speed but rather on the violence expressed through the music and condemned in the lyrics, Weapons of Tomorrow consolidates Warbringer’s well-deserved spot in modern-day thrash metal.

Exactly what you want from Katatonia: Melancholy, great musicianship, beautiful melodies. This album feels a little more straightforward and upbeat than its predecessor. Could be even heavier, if you ask me. Overall, this album is a return to form for me.

I didn’t think they could top their last record, but they did and them some. With this album, the band has matured to a point where genre labels are inadequate to describe them. Like a glass of fine wine, each time is plays, it“deepens the listening” and takes my breath away.