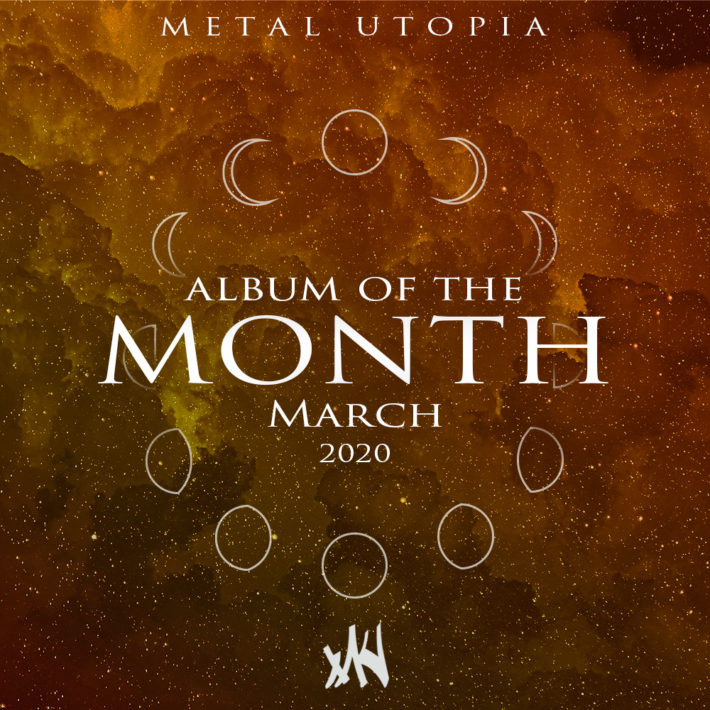 It was a toss up between this and the Spectral Lore/Mare Cognitum split, but Novena’s more flawless execution pushed it over the top. This sounds like a forgotten Haken album, with some heavier outside influences and great experimentation. The soliloquies add a nice touch, and are something I’ve been missing since Slice the Cake’s last effort.

Sometimes the greatest music comes out of times of hardship. After a 5 year hiatus My Dying Bride return with their signature brand of gothic doom without skipping a beat. The Ghost of Orion reaffirms the band’s legendary status and is the band’s best album since 2004’s Songs of Darkness, Words of Light.

Dodenbezweerder is one of the side-projects of Maurice de Jong, mostly known from Gnaw Their Tongues. He creates the most abstract, uncomfortable, and sometimes terrifying music I’ve ever heard, and this release is no exception. With the record, he seems to really raise the dead, creating a claustrophobic, dissonant atmosphere, and that while founding the record on improvisational rehearsals. Highly recommended if you want an intriguing experience!

This was a duo I didn’t know I needed in life. Some simple songs showcasing the incredible talent of these two amazing vocalists.

This record is easily going to be the most unique and mindblowing record of the entire year. Igorrr seamlessly blend just about every genre you can think of and do it in such a tasteful manner that makes it as easy to appreciate as it is musically dense. You would be doing yourself a disservice to not check this out!

While it does have some flaws, The Ghost of Orion embodies most of what I’m looking for from a modern doom album: slow, rhythmic crushing heaviness accented with breathtaking moments of beauty, grandeur, and despair. It’s hard for a band of such longevity to compete with their back catalogue, and there are always angry fans who long for the good old days and will despise whatever the band does, but this seems like a new era for My Dying Bride.

Sometimes, a record is good because you listen to it at the right moment; right now, some doom and gloom kind of album is exactly what I was in need of. Keeping up with the quality of its predecessor, this new Candlemass EP is a nice addiction to a great discography.

The 13th studio album from the British doom metal legends. It’s been 5 years since their last release, but they still know how to make some solid doom/death. There could be a bit more aggression every now and then, but overall a great record.

It should come as no surprised to anyone who read my review of this album that I should pick it as my Album of the Month. In fact, if I could be so bold, it should come as no surprise to anyone if we see this as a top contender for album of the year (assuming we all make it that far). There isn’t much left to say, other than to repeat how stunningly beautiful and aggressive it is. This is a true work of art.