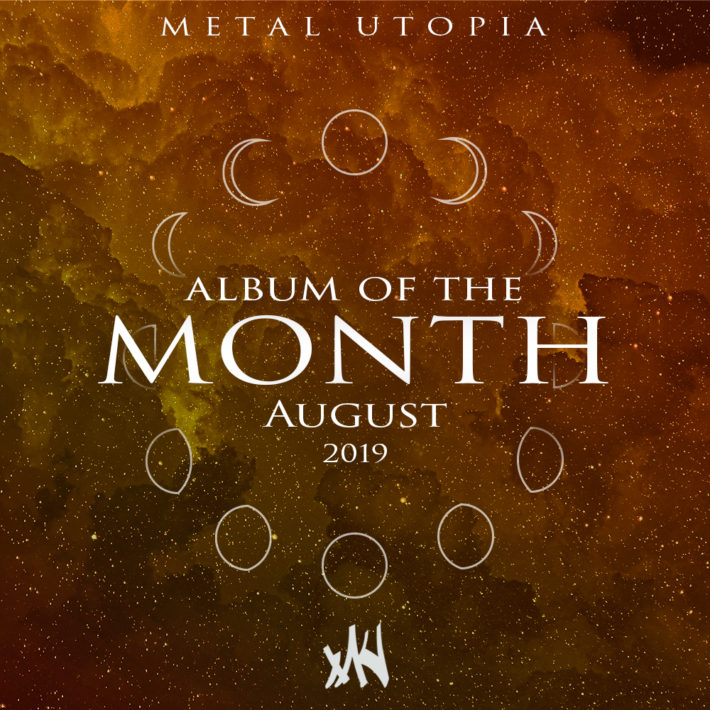 And here are our favorite albums of August:

Wrvth’s latest album is a meandering river of emotion, shifting unpredictably from a gentle current to violent rapids. As an excellent blend of metal sub-genres, metal heads of all sorts should give this one of-a-kind-album a listen.

Well with King Gizzard you never know what to expect next, but I’m sure no one expected a thrash/stoner album. In any case, their endless creativity translates really well to the genre. This thing’ll suck you in just like their usual psychedelic work.

After five years, Slipknot has finally released another full-length record. It’s a great album on which they prove that they’ve developed their sound while still remaining true to their original sound. Even though the album contains a lot of strong tracks, Spiders would be my favourite because it shows how much the band has matured musically.

Not very often does a deathcore artist change their sound up to more of a death metal approach, but this worked resoundingly well for Shadow of Intent. Ditching their”Halo” theme was one of the best things for the band as this is their strongest release to date. Heavy while still melodic, “Melancholy” is 52 minutes of pure bliss and will definitely find itself on some end of year lists.

Melancholy is one depressing, yet surprisingly hopeful record that tiptoes the line between deathcore and death metal with many symphonic elements. Despite being monstrously heavy, this record is catchy, groovy, and technical as can be!

I enjoyed the Canadian band’s previous effort Dush agh Golnauk and the single seems light years ahead of that.  Even though I haven’t heard the entire album yet, it’s sizing up to be an epic black metal record. Putting aside my infatuation with everything Tolkien for a moment, the lyrical theme of a battle between men and orcs in the heart of Mordor seems to fit the violent, dark, and often morose niche filled by black metal.

The Offering’s Home is a proggy/thrashy/deathy experience that simultaneously maintains catchy riffs, weirdness, and a feeling of progression and building throughout the album, and does so in a way that sounds fairly unique and never sounds repetitive.

Usually I tend to ignore hyped records, but I couldn’t ignore Tool. Only listened to it a few times, but I was impressed especially with the first half of the record.

Putrid, filthy Death Metal is always a good thing and Cerebral Rot stand among the top in an impressive year for not only the genre, but the specific sub-sub-genre. Odious Descent Into Decay would have been a stand out record for me anyway, but damn 20 Buck Spin is killing it this year.

One of the rare bands to approach music as fine art rather than entertainment media, Tool has fashioned a unique statement with their long-awaited new record that is both artistically fine and wholly entertaining.

Shadow Of Intent are back with their third record Melancholy and have perfected the sound they have been going for throughout their career. They have left behind the Halo video-game lyrics and instead are covering the darker side of human struggle and emotion. Melancholy borrows from a few more sub genres of metal than on their last records and is pushing the boundaries for what a young deathcore band can accomplish. This album has set a new bar for me personally and I can’t wait to watch them continue on this path.