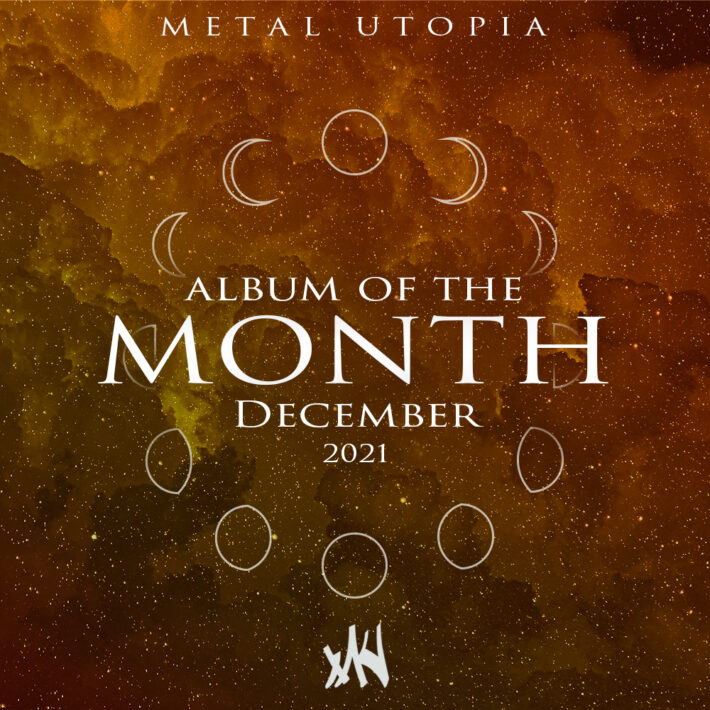 Our favorite albums of the month December:

Lichtvrees is the debut full-length of Dutch black metal band Doodswens. Their sound is inspired by the 90s Norwegian black metal scene, but with refreshing atmospheric characteristics. Definitely worth checking out.

The final release from one-man group Ethereal Shroud continues the emotional torrent of the band’s debut. This is powerful, long-form atmospheric black metal that feels simultaneously exhausting and rejuvenating.

Since I already reviewed Aquilus (though it easily could have been here), I decided to go with Ethereal Shroud instead. It’s gorgeous atmospheric black metal with a symphonic tinge. This record washes over you beautifully with enveloping tremolo guitar melodies and fuses with funeral doom to create a majestically harsh atmospere. Fantastic drum work. The writing flows elegantly with tasteful repetition and symphonic touches to help carry the story.

The third album of Swedish trio Nekromant is a heavy doom chant with just a hint of black metal that’s guaranteed to get your head banging and your body swinging along with the music. Nine songs in less than 50 minutes are the perfect length to offer a full view of what Nekromant has to offer: a mystic musical slumber you’ll never want to wake up from.

I am glad to see that As I Lay Dying’s former guitarist Nick Hipa has found a new home after leaving the band. A New Found Rain mostly re-records some earlier Mire tracks and the guitar playing is awesome. Both progressive death metal fans and core fans should find something to enjoy on A New Found Rain.

I’ll be joining the Trisagion bandwagon, and how could I not. The beatuy of being an atmospheric black metal aficionado is that it is not uncommon to be blindsided by an absolutely brilliant record from a band barely anyone’s heard of previously. The opener is near half-hour long, yet with the delicate use of repeating motifs aptly obscures its length. The other songs display equally expert songwriting. Black metal catharsis at its finest.