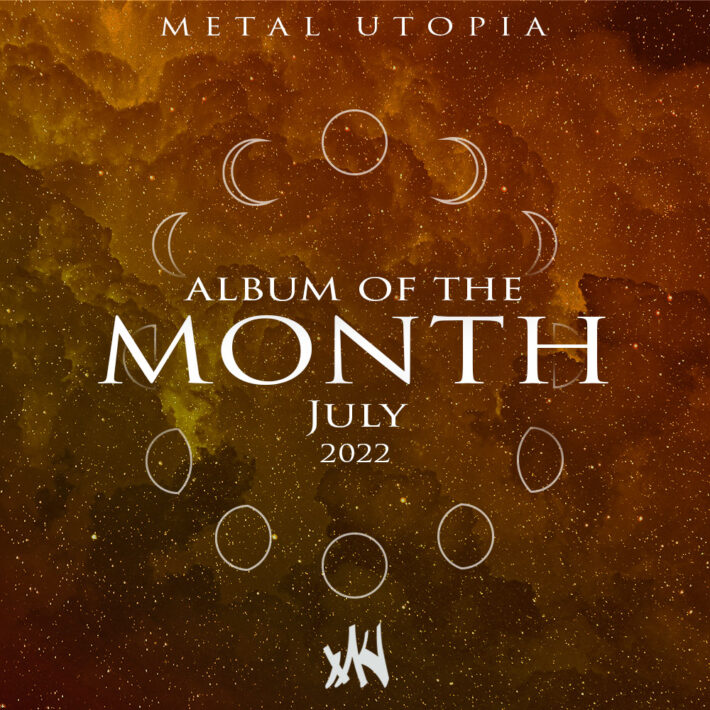 Our favorite albums of the month July:

Black Metal and Melodic Death Metal is a timeless, beautiful combination, but it’s still reductive to put that label on A Kingdom of Ice. Forsaken Eternity does such a good job capturing the greatest parts of different styles with this observation; it’s cold and atmospheric, but also energetic, thrilling, and bursting with vigor. The album is a dream come true for metal purists–it’s a frantic, raw, brilliant piece of metal.

I wanted to put Hissing, Imperial Triumphant, or Ashenspire here. Dark, brooding, complicated, murky, and angry music. Music that’s making a passionate political statement. Music that I’ve listened to extensively this month and will continue to listen to for a long time. Music with grandiose purpose. But the annoyingly happy, sugary hobbits of Fellowship haven’t left my mind since I first head this record. This music is clear and pristine. Direct and seemingly un-bothered by the world around it. I have had the choruses to “Until The Fires Die” and “The Saint Beyond The River” stuck in my head over the top of whatever death metal thing I have playing at any given moment. So, fine. I give up. Here’s Roger Daltrey’s pure and easy note ringing out from beyond the mountaintops. Fellowship sounds so earnest, so joyful, that I can’t help but love this record even when I’m in the mood for anything else.

This was an easy one for me. I already reviewed it, so go read that for more in-depth discussion, but this album is just disgusting in the best way possible. It’s peak old-school death metal with a putrid, grime-smeared finish on it that lets it beat out everything else I’ve listened to this month. Everything from the writing and production to the cover art is perfectly suited for the atmosphere this record creates.

Imperial Triumphant were always batshit and they made an effort to slowly up the ante with each album. Well, this is a whole leap. The dissonant black/death metal with weird jazzy bits turned towards full-on avantgarde insanity. If the grotesque side of opulence and luxury was the leading aesthetic concept of their work, this feels like the grotesque version of all that previous work. It is beautiful.

Imperial Triumphant had me at the first single they released. Spirit of Ecstasy is less dense than Alphaville, which makes the dissonance, progressive elements and experimental sounds more discernible. Every time I listen to it, I discover new elements and I suspect it’ll be a long time before I will have heard everything.

Kekal is a bit of an odd band. They started with black metal and morphed into more progressive metal over their more than 25 years of existence. Today the band is a mix of prog rock, extreme metal, and experimental/avant-garde. Envisaged is a beautiful culmination of all of these ideas. I’m still digesting the album a month later. It’s an unnatural soundscape filled with moments of brilliance and strange ideas. Kekal doesn’t get half the credit they deserve.